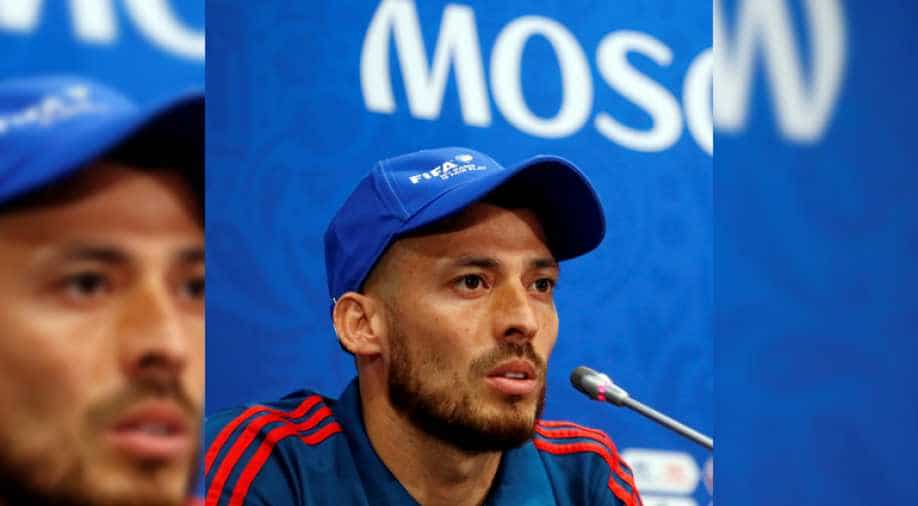 The 32-year-old Manchester City playmaker won the World Cup in 2010 and the European Championship in 2008 and 2012, a key player during Spain's golden era.

Silva scored 35 goals in 125 games for the national team over 12 years and was described as 'Spain's Lionel Messi' by former coach Vicente del Bosque.

The midfielder was part of the squad which was surprisingly eliminated by hosts Russia in the last 16 of last month's World Cup.

"It is not easy, after all I've lived through, to sit and write these lines. It has been days and weeks of reflection and analysis to take the decision to end my era in the Spanish national team," wrote Silva in an open letter on his Twitter account on Monday.

"Without a doubt it's been one of the most difficult choices of my career, which I make with gratitude and humility.

"The national team has given me everything and allowed me to grow as a footballer and person since (playing in) the youth categories."

Silva was brought into the side by the late Luis Aragones and shone as Spain triumphed in Euro 2008, winning their first major trophy since 1964.

"I'm putting an end to an era charged with emotion from all the moments that come to mind, like the figure of Luis Aragones, a master whom we will never forget," added Silva.