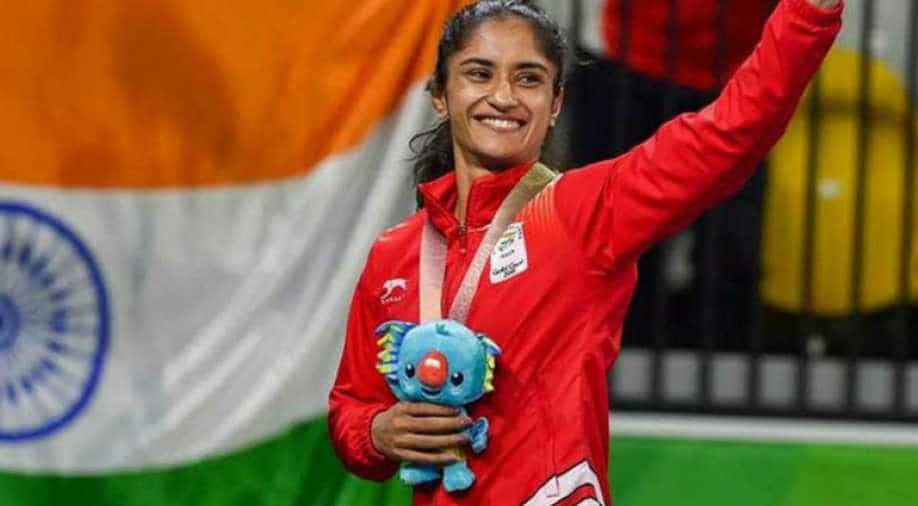 Indian wrestler Vinesh Phogat brought laurels to India by becoming the first woman wrestler to win a gold medal at the 18th edition of Asian Games.

Vinesh has been winning accolades and receiving congratulatory messages from every corner for her brilliant performance and among those who congratulated her for the feat was Bollywood superstar and Dangal actor Aamir Khan.

Congratulating Phogat, Aamir took to her Twitter handle, writing “Congratulations Vinesh for winning the Gold in the Asian Games. We are all so proud of you. Love, Aamir and the team of Dangal. Mhaari chhoriyan chhoron se kam hai ke!”

Vinesh Phogat bagged a gold medal at the ongoing Asian Games in Indonesia in the 50 kg category.

Vinesh had earlier won a bronze medal in the 48kg category at the 2014 Incheon Asian Games.