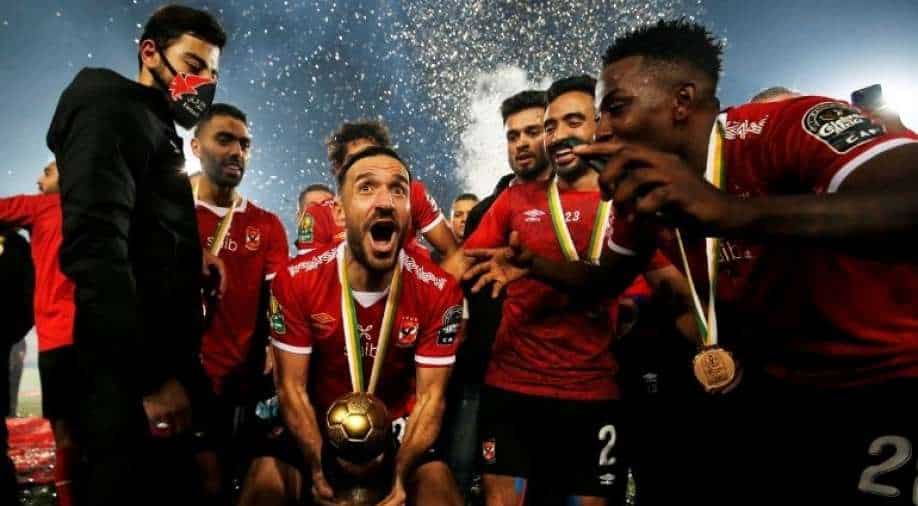 But Zamalek grew more dominant as the half wore on and levelled thanks to a touch of magic from winger Shikabala.

The teams were locked at 1-1 at the Cairo International Stadium when midfielder Magdi collected a loose ball 30 metres out, showed neat control under pressure and volleyed into the corner of the net.

It sparked wild scenes of celebration from the players, and might have been applauded by 100,000 fans in the stadium but instead was netted in front of empty stands due to COVID-19 restrictions.

The title win is a second for Ahly coach Pitso Mosimane after the South African led Mamelodi Sundowns to victory in 2016, when they also beat Zamalek in what was then a two-legged decider.

Friday’s match is the first time since the inaugural African Champions Cup final in 1965 that the final was a single game.

Ahly took an early lead when Amr Soleya headed an in-swinging corner into the net inside five minutes, reward for some early pressure as they made the brighter start.

But Zamalek grew more dominant as the half wore on and levelled thanks to a touch of magic from winger Shikabala.

He collected the ball out wide on the right, skipped past three defenders and unleashed an unstoppable shot into the top corner of the goal from the edge of the box.

Zamalek continued to take the game to their rivals and were unlucky not to go ahead just past the hour when Ahmed Sayed’s thunderous 35-metre drive smashed into the post.

But Magdi settled the contest with his own moment of brilliance as Ahly won the title for the first time in seven years to make up for final defeats in 2017 and 2018.