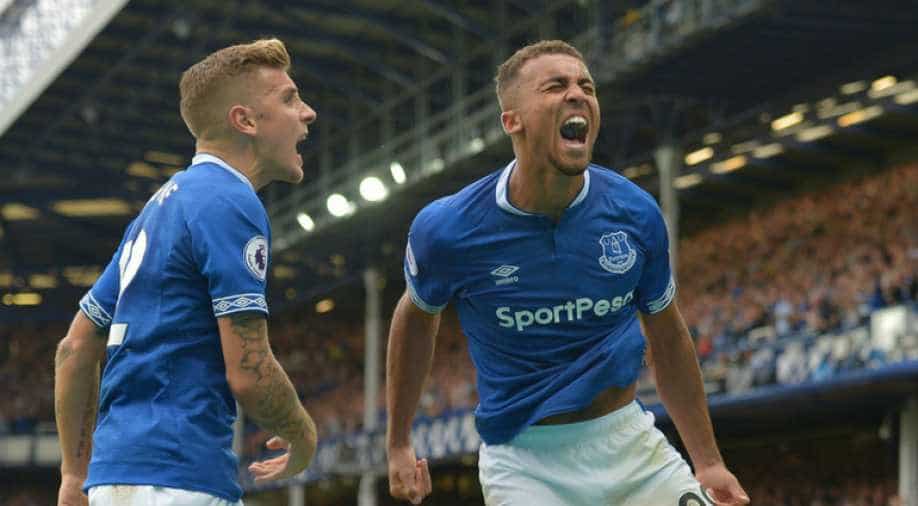 Everton gave a Premier League debut to new signing Lucas Digne who marked the occasion with an assist but the hosts were frustrated by a dogged Huddersfield Town as they were held to a 1-1 draw at Goodison Park.

Digne, signed from Barcelona last month as part of manager Marco Silva's expensive squad makeover, slotted in well at left back and made his first meaningful contribution just a minute after Huddersfield took the lead.

It was his cross that arrived perfectly for Dominic Calvert-Lewin to guide home a header in the 36th minute - 87 seconds after the hosts had fallen behind.

Everton had enjoyed plenty of possession, if not much-attacking potency, up until that point and were stunned when Huddersfield took a surprise 34th-minute lead as Phil Billing headed past goalkeeper Jordan Pickford from a corner.

The closest Everton came to a winner after the break was when substitute Ademola Lookman's tantalising cross just eluded Calvert-Lewin and Gylfi Sigurdsson.

Everton remain unbeaten after four games but have drawn three times, while Huddersfield are yet to win this season but did clamber out of the bottom three.

"We didn't perform well. It wasn't a good game," was Silva's take on a disjointed affair.

"They had nine players behind the ball. When we play against that side of team, we have to play faster in certain moments of the game to disorganise them."

But manager David Wagner was delighted with the way his side dug in to emerge with their second point of the season.

"I'm happy with the effort, performance and attitude from the players," he said.

"The defensive shape and organisation was good. We limited Everton - everyone knows how difficult it can be here - they only had shots from distance and headers.

"The players did a fantastic job and worked their socks off and created their moments."