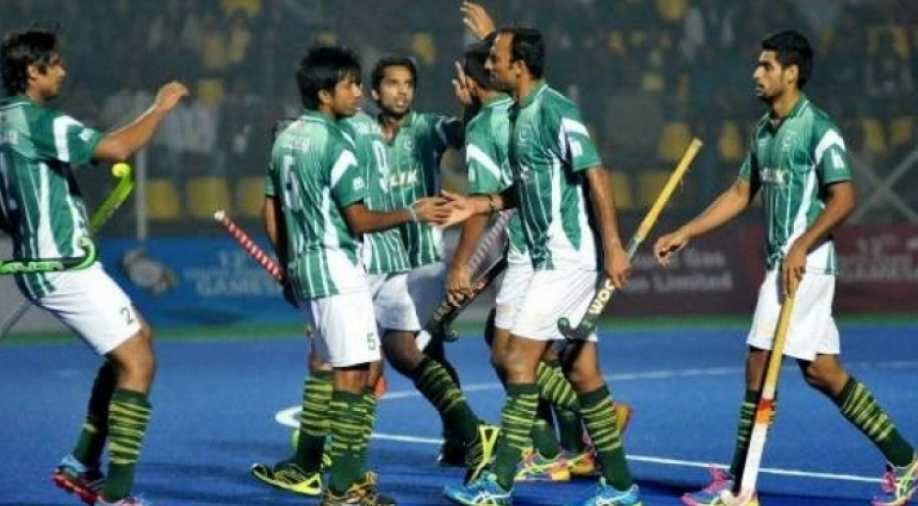 Clinical Netherlands run riot against Pakistan to defeat them 5-1 in a brilliant game of hockey. Pakistan's silly on ground mistakes actually cost them the game but Netherlands were fantastic, be it defence or attack.

Absence of Pakistan captain Rizwan was the main reason why the Dutch got too many loose balls in the mid-field.

🏑 | LIVE | @oranjehockey and @PHFOfficial are both through but the Dutch will take a lot of positives from this game.

Pakistan make a rocket strike but intercepted by Dutch defenders

Netherlands vs Germany- half time

Netherlands vs Germany- half time

Netherlands scored again to have an upper hand over Pakistan.

They scored on counter attack as they manufactured a goal from no where due to poor defending. Valentin Vegra scores for Netherlands

The Umpire cautions player for not to push. Van Dan make rocket strike on the goalpost misses by a yard

Penalty Corner for Netherlands and Pakistan players discuss it with the refree. Decision same but tehe Dutch fail to take the advantage.

The green jersey won't let Netherlands to win the game so easily. Pakistan failed to convert the PC but earn another as the ball is not cleared and eventually managed to convert it.

Netherlands are playing some tough hockey today. they have got an early advantage over Pakistan.

Penalty Corner for Netherlands after Pakistan lost the soft ball in the mid-field due to bad tackle. Netherlands too missed the opportunity to get the early advantage.

In today's second hockey match, Pakistan will take on Netherlands at 7 pm IST in Bhubaneswar.

In head to head comparison for Hockey World Cups, Pakistan have an advantage as they won six out of 11 matches played between them while 2 ended in a draw.

However, Netherlands have better record against Pakistan in recent years. Pakistan won only one match in 3 matches while Netherlands came victorious in other 2.