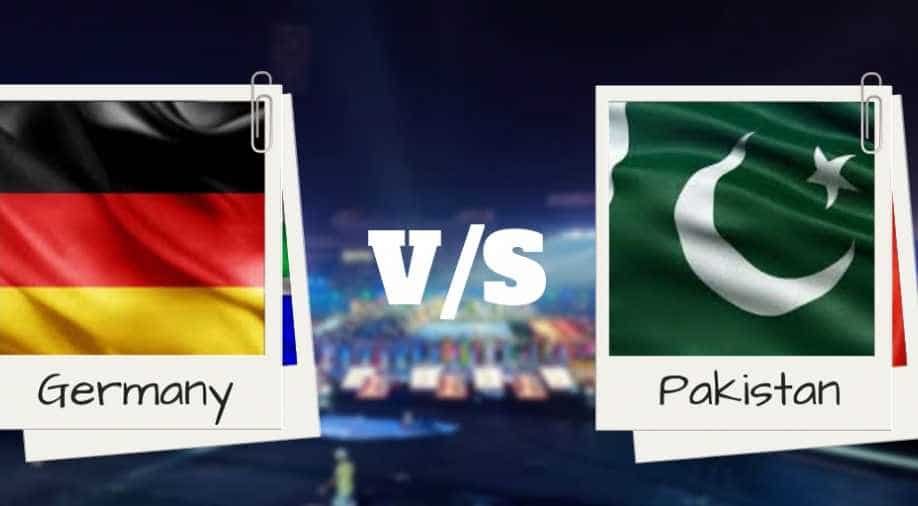 Germany defeated Pakistan 1-0 in an intriguing clash on Saturday at Odisha's Kalinga Stadium.

Pakistan, which is the most successful team at the World Cup, gave a good fight to the Euro giants.

But before the next clash against Malaysia, Pakistan need to figure out what went wrong in today's match?

The Pakistan-Malaysia clash is on December 5 and Germany will meet Netherlands on the same day.

This game has entered in the final quarter.

What will be the final score?

Penalty corner for Germany. It's a chance.

Germany get the breakthrough!

German player Marco Miltkau broke the deadlock and gave 1-0 lead to his side.

With 55 per cent of ball posssion, Germany certainly dominate the game, however, it is useless with a poor conversion rate.

Germany had 10 circle penetrations as compared to Pakistan's three, still no changes on the scoreboard.

Stay tuned for the quick updates of this blockbuster Pool D match.

One minute, no penalty corners so far?

What a gripping match!

Where this match is heading to?

A goalless first quarter has ended.

Though, Germany dominated the game so far with four circle penetrations and more than 50 per cent of possession.

But the stats won't matter until there is a conversion.

Brilliant attacks and great defence by both the teams.

It is very intriguing.

Whenever Pakistan have played Germany in thepast thery emerged as the better side.

But now the time and situations are different.

What will be the score?

Here is the Playing XI:

Pakistan, which is the most successful team at the World Cup, have fought several odds on their way to Odisha and will look to start their campaign on a positive note.

The Green Shirts have won four championships: 1971, 1978, 1982 and 1994 and also has the best overall performance in World Cup history in both proportional and absolute terms with 53 victories in 84 matches played, seven-time draws, six appearances in the finals and only 24 losses.

They are definitely one of the title contenders in Men's Hockey World Cup 2018.

Here is the complete squad: