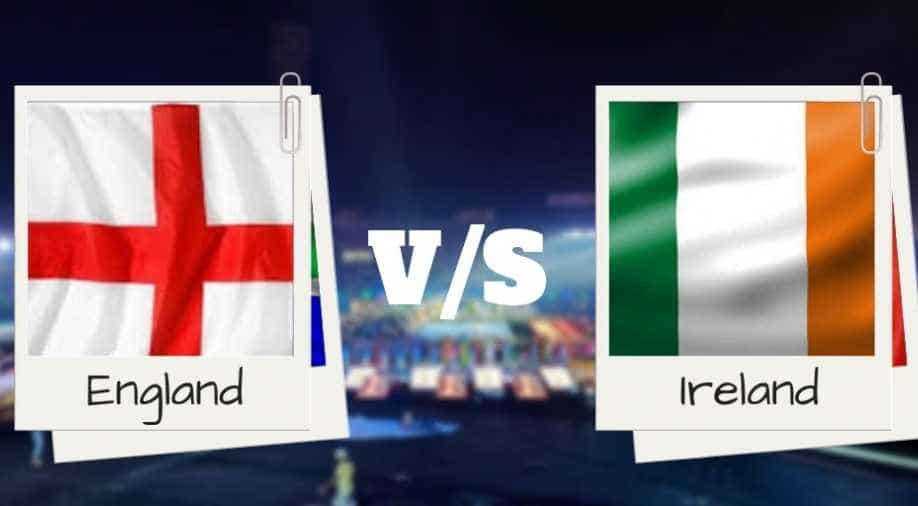 Full time! And England have won it by the difference of two goals. Ireland gave a really tough competition to the English side, especially the fourth quarter, where both the teams scored a total of four goals.

In the last 5 seconds left, England converted the Penalty Corner and qualified for the knockout stage finishing second in the Pool B.

🏑 | LIVE | @EnglandHockey go through to the crossover but for @irishhockey, this is will be all in this World Cup. But we would like to thank them for all the great goals and the lovely hockey!

Penalty Corner for England and Ireland Review for stick obstruction. Video umpire says a stick block and Ireland gets a Free hit.

Penalty Corner for Ireland but fail to convert it.

David Condon out for 2-minutes. England down to 10-men

Earlier, Ireland score the equaliser again through the Penalty Corner as the ball deflected from the defender's stick into the corner of the English post

Ireland have again scored to equalise with England.

What a game it is turning out to be!

Ireland scored the equaliser but England were quick enough to again take the lead.

England's Ansell scored to again bring his side in commanding position.

🏑 | LIVE | Patience has paid off! @irishhockey have equalized through @chriscargo25

It's half time and as expected England lead the game against Ireland 1-0. The English side have had the maximum ball possession while Ireland struggled.

No huge points of note in this quarter, still a physical contest with England edging possession but no clear chances for either side.

If Ireland fail to win this match or play a draw they will be knocked out of the Hockey World Cup 2018.

Ireland just got the first real chance to break into English circle but tackled by England defender.

That would be disappointing!!

Ireland looking tough in Q2 and are eager to score the equaliser. While England are not a team of bumbling players.

They have tried to maintain the ball possession in the first quarter and will aim to do continue with the lead in the this quarter also.

Goal! England managed to get the early advantage as they scored against Ireland.

The English side are maintaining the ball possession as both team look happy with the stalemate.

Ireland playing with long pass and loses the ball in the English half. England storm into Irish half and a deflection from defender in Irish circle give David a chance to hit a rocket strike into the farpost.

In today’s second hockey match, Ireland will take on England in Bhubaneswar.

In a head-to-head comparison, England have an edge, having won 7 of the 12 matches between the two sides. One match ended in a draw.

England need to win today’s match to finish in the top three in Pool B, after playing a draw with China — which are playing their first hockey world cup — in their first match of Hockey World Cup 2018.