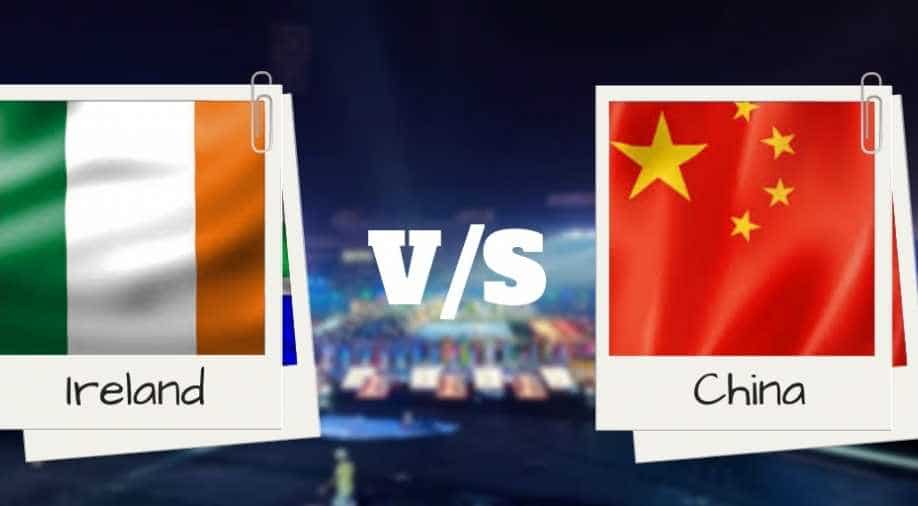 Debutants China played a brilliant game of hockey to hold English side to a 2-2 draw.

It's a draw. China played a balanced game but failed to turn it into a win. Ireland, on the other hand, held the debutants to maintain their 100 per cent winning record.

FT: 1-1, Sothern with the Irish goal. Tough result as Ireland dominated for large periods. Next match up is against England on Dec 7th at 1:30pm Irish time #greenmachine #hwc2018 pic.twitter.com/abi5a2BSn4

The last and the final quarter has begun. Both the teams will be on their toes to get the lead. Debutants China have been terrific with the stick in comparison to Ireland.

China scores, thanks to the penalty corner.  What a goal it was. Minutes later,, ireland equalises. What a game it is turning out to be.

🏑 | LIVE | GOAAAAAL! China get one through Guo Jin!

China, Ireland are attacking but no result is there in terms of goals.

Two brilliant attempts by the Ireland to score go in vain. Could have been a certain goal had they passed the ball little better.

China, on the other hand, trying hard to find a goal.

China will be searching for their first ever win at the Hockey World Cup. They held England at 1-1 draw.

Meanwhile, Ireland have 100 per cent win record against China

And the game begins.

🏑 | MATCHDAY | Here is the Starting XI for @irishhockey and China ahead of their group game!#HWC2018 #Odisha2018
🇮🇪 #IRLvCHN 🇨🇳 pic.twitter.com/cYfSmU7hFM

The second hockey match today will see Ireland take on China in Bhubaneswar.

Hockey World Cup Debutants China will be proud of their performance in their first match where they held the English side to a 2-2 draw.

In fact, at a point it was China who went ahead with a brilliant solo goal from Guo Xiaoping before England scored 2 to go ahead.

Meanwhile, Ireland have given a stiff challenge to defending champions Australia, who converted only 2 out of 16 shots on target.