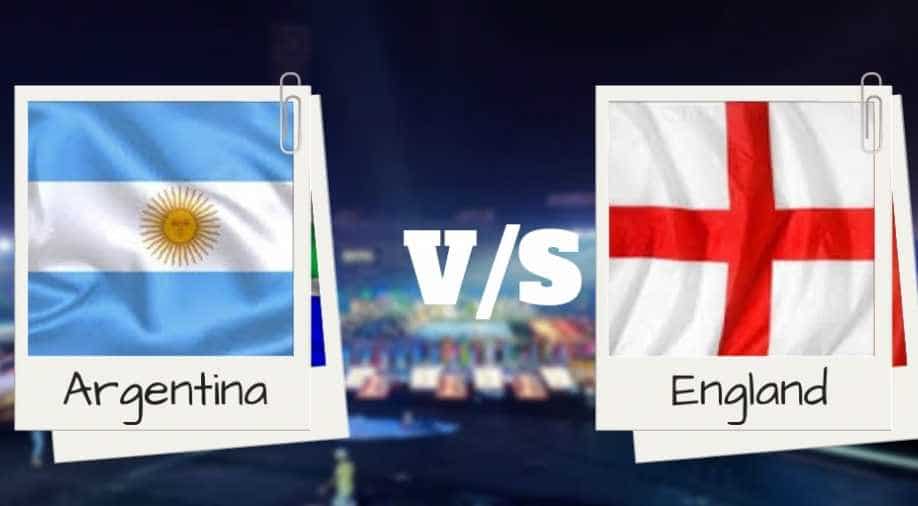 England again took the lead just a minute after Gonzalo Peillat scored for Argentina to get the match in the level terms.

The English side scored thanks to a poor defence from Argentina inside the circle.

Argentina take review for foot of defender in a circle but rejected by video umpire and Argentina loose their referral.

England scored to take a lead minutes before the end of third quarter.

An aerial ball badly tackled by Argentina's defender gave Will Calnan a chance to strike a shot.

Penatly corner for Argentina and they fail to convert it. Credit goes to Pinner.

Now, England gets the Penalty Corner in 40th minute and even they fail to convert it.

Argentina are now with full court press and they are on attack. A brilliant tackle from Liam Ansell snatches the chance of a goal.

Argentina vs England - half time

England scored the equaliser minutes after Argentina drew the first blood. Middleton struck a minute before the half-time to keep the game alive and challenging.

🏑 | LIVE | GOAAAAAL! @EnglandHockey have returned the favour with a smart piece of play! Barry Middleton, the man!

England are making mos of the circle entries from centre.

They are pressing hard to score the equaliser but a cut back from the baseline is superbly defended by the Argentina's goalkeeper.

England take Video referrel for foot inside the circle. Video umpire says it's a foot and Penalty Corner for England

Earlier, England held the ball and won the long corner through aerial pass.

Its a slow start but a careful one.

Argentina and England players vie for the ball as the two sides are making each pass very carefully.

Meanwhile, stanford in the Argentina's circle looking for PC but Argentina defended brilliantly.

Some entertainment at fan village

📸 | More from the Fan Village in Kalinga Stadium! Been there yet? #HWC2018 #Odisha2018 pic.twitter.com/uYUNlLi1wZ

The first quarter finals of the FIH Men’s Hockey World Cup 2018 will see Argentina take on England at Kalinga Stadium in Bhubaneswar.

In the head-to-head comparison for previous World Cups, England have an advantage as they won 3 out of 8 matches played between them while 3 matches ended in a draw.

But if we take a look at the recent records (since 2013), England not able to win a single match against Rio Olympics Gold medallists Argentina in the 7 matches played.