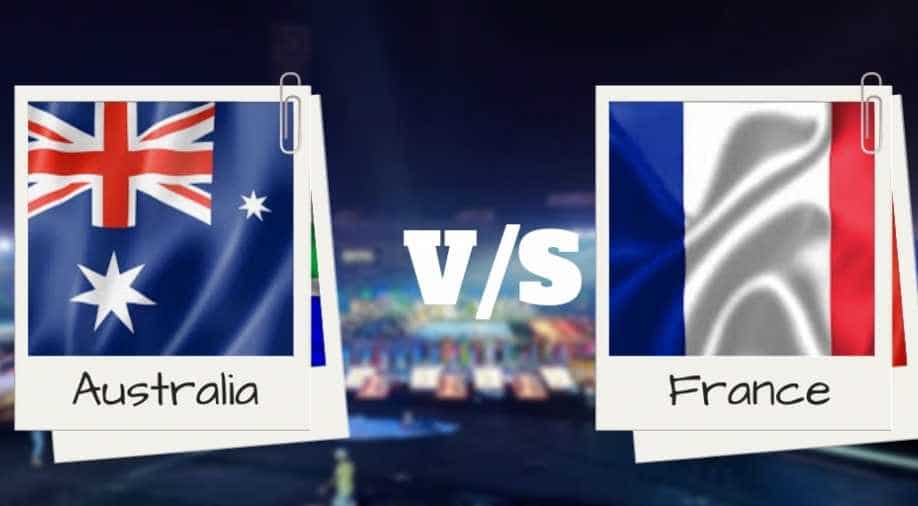 Australia have defeated France 3-0 to register 17th consecutive win in World Cup and also enter the semi-finals of this tournament.

France were poor at defence and Australia made sure to take full advantage of it.

France struggling to get hold of the ball. Australia have almost won the game.

The winner of this game will take on winner of India vs Netherlands quartefinals tomorrow.

It's getting hard for France to enter Australian circle. The defending champions are dominating the game.

Kookaburras got a Penalty Corner for back stick tackle which was converted to further dominate the game.

Australia score through PC variation as Aran Zalewski put the ball back of the net.

37' We've won a PC for a France back stick after a @mitton_1 referral! #HWC2018 #PrideOfTheKookas

Australia changed their keeper during the break.

Earlier, Australia seemed to be in verge of their 17th consecutive World Cup victory with 2 goals but France need some tidy tackle in the opposition circle to turn the table.

Things are becoming difficult for France. They have to score to keeop the game alive.

France held the ball but not able to break into the Australian defence. The defencing champions lead by a gol as Q1 ends.

France will be aiming to equalise before Australia doubles it.

📊 | STATS | @GoversBlake of @Kookaburras leads the race as the top scorer in this tournament!#HWC2018 #Odisha2018 pic.twitter.com/IoEi14fAMD

Penalty Corner for Australia and converted. Hayward picks up to give France a jitter in the starting of the first quarter.

In the head-to-head comparisons, Australia won all the three matches played between them since 2013. When the two teams last met at World League 2017 Australia defeated 3-2.

However, France qualified for the cross-over after they surprised Argentina with 5-3 win.

Australia, on the other hand, are undefeated in Hockey World Cup 2018 as they won all the three league games comprehensively.

🏑 | QUARTER-FINALS | Here’s the Starting XI for @Kookaburras and @FF_Hockey ahead of the QF clash! Who are you cheering? 🥳#HWC2018 #Odisha2018
🇦🇺 #AUSvFRA 🇫🇷 pic.twitter.com/AWARRxoEfb