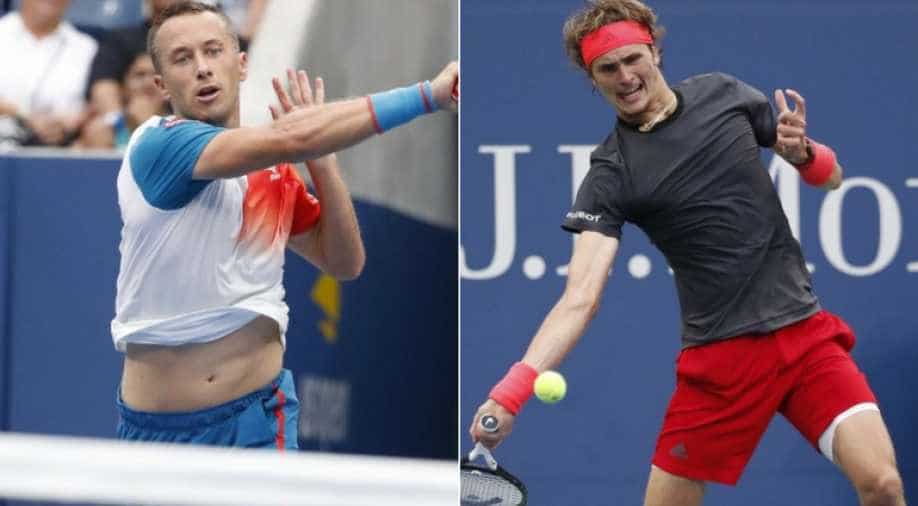 An out-of-sorts Alexander Zverev was dumped out of the U.S. Open third round on Saturday after losing a fierce battle of wills with compatriot Philipp Kohlschreiber in four sets.

The Germans were meeting for the fifth time with Zverev having won the last two encounters but there was little the fourth seed could do to stop an inspired Kohlschreiber, who won 6-7(1) 6-4 6-1 6-3 at Louis Armstrong Stadium.

The versatile 34-year-old showed none of the mental fragility that has dogged him in the past, recovering well after being trounced in a first set tiebreak to set up a last 16 meeting with Japan's Kei Nishikori, the 21st seed.

Zverev, billed as the most likely of the new generation of players to break the stranglehold that Roger Federer, Rafa Nadal and Novak Djokovic have had on the sport's biggest prizes, showed once again that he is not yet the finished article.

Like Kohlschreiber, the 21-year-old is an excellent all-round player and possesses a far more potent serve than his countryman, but his temperament under pressure is also suspect.

Zverev teamed up with Ivan Lendl ahead of the U.S. Open, bringing the eight-times Grand Slam champion on to his coaching staff in an attempt to take the next step in his career.

Going by the evidence served up on Saturday, Lendl has his work cut out for him.

Zverev cut an increasingly frustrated figure as the tide turned against him, talking to himself and turning to the player's box time and again in the hope of a solution.

He conceded defeat with a forehand error, sending Kohlschreiber into the fourth round for the fifth time in his career.