Kohli's 'Test': It's Indian seamers vs Anderson and Co. 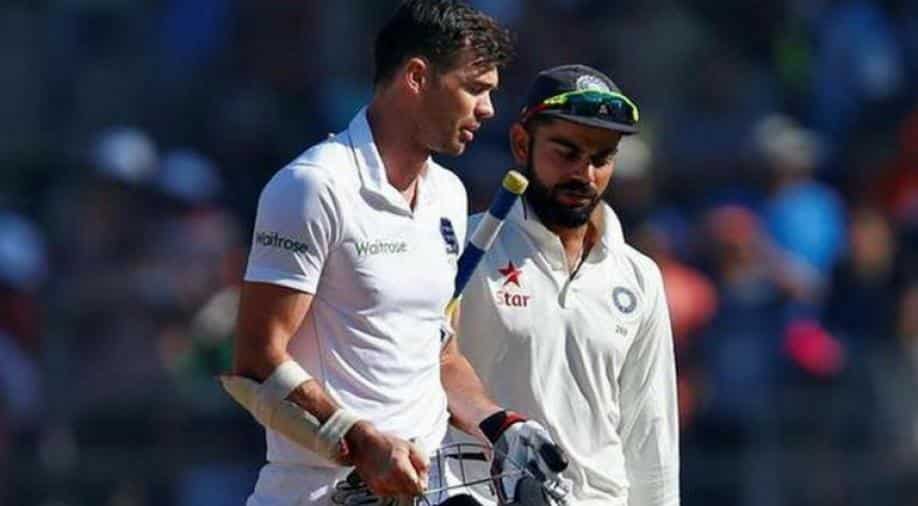 The Indian Cricket team goes into the five-Test series with the baggage of an unforgettable tour in 2014.

The team will bank on their batters and would expect them to come good. Murli Vijay, KL Rahul and Cheteshwar Pujara are in good forms and have the credibility to score runs in challenging conditions.

Skipper Virat Kohli will also be desperate to overhaul his poor record in England. In a bid to acclimatise to this condition, he wanted to play County cricket, however, an untimely shoulder injury ruled him out of the stint.

Kohli scored just 134 runs in 10 innings at an average of 13.40 when India, led by Mahendra Singh Dhoni, four years ago.

The right-handed batsman was dismissed four times by James Anderson in that series.

England’s seam bowling duo of Stuart Broad and Anderson are likely to be rotated through the five-Test series against India which starts on Wednesday.

Since then, the visitor’s have struggled to win series as they lost 4-0 and 3-1 on their last two tours.

The 'Men in Blue' will miss Bhuvneshwar Kumar for the first three games while Jasprit Bumrah will miss the first Test. The onus now will be on Ishant Sharma, Mohammed Shami, and Umesh Yadav to lead the pace battery. The selectors have also picked young Kuldeep Yadav riding on his limited-overs performances.

Also, the build-up to this Test has been marred by curious debate over the inclusion of Adil Rashid who had quit red ball cricket back in February.

Root also backed the selection of the leg-spinner, who will be playing his first Test since December 2016 after being named in the playing eleven ahead of Moeen Ali.

In the past few days, England have left no stone unturned in their preparations as it is the threat of the spinners that have made the hosts practice harder than usual ahead of the match.

Kuldeep Yadav, who is termed as Indian side's X-factor, troubled the English batsmen in the limited-overs series earlier this month.

Only Joe Root and Jos Buttler were able to pick Kuldeep's variations in the five matches that he played while the rest were stunned.

It will be England's 1000th test game after the English side acquired the Test status in 1877 and played their first Test match in the same year against Australia. It was also the first ever Test match to be played between any two teams.