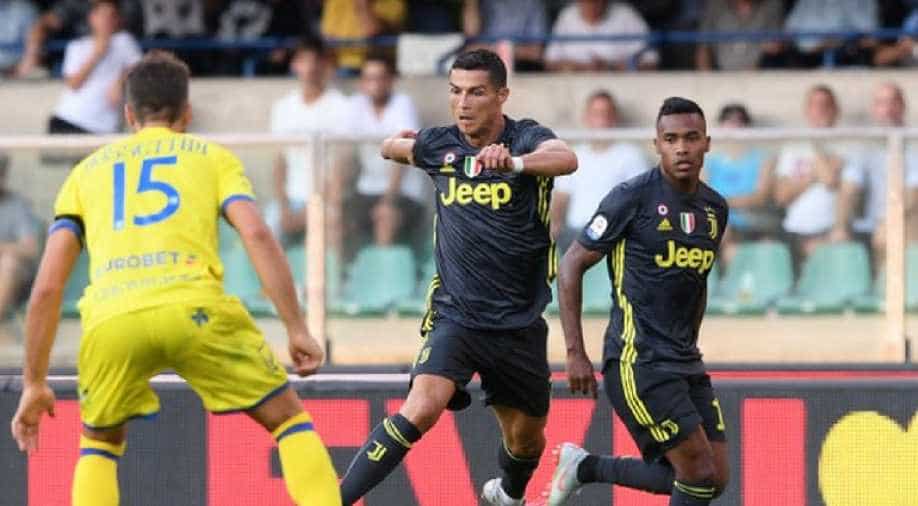 Juventus came from behind to snatch a dramatic 3-2 win at Chievo as Cristiano Ronaldo made his debut for the Turin side on Saturday (August 18), although the Portuguese was not among the scorers in his first Serie A match.

Ronaldo was thwarted several times by veteran Chievo goalkeeper Stefano Sorrentino and his handball in the build-up led to a late Juventus goal being disallowed, following a VAR review.

Sami Khedira put Juventus ahead in the third minute after Giorgio Chiellini knocked down a Miralem Pjanic free kick.

Chievo looked outclassed but levelled out of the blue when Mariusz Stepinski was allowed a free header from Emanuele Giaccherini's cross seven minutes before the break.

It got worse for Juventus when their former player Giaccherini was tripped by Joao Cancelo and converted the penalty against his former club to give Chievo a shock lead in the 56th minute.

Juve levelled when Chievo defender Mattia Bani, under pressure from Leonardo Bonucci, deflected a corner into his own net in the 75th minute.

Juve thought they had won the game when Mario Mandzukic headed home in the last minute but, after a lengthy VAR review, the referee ruled that Ronaldo had handled the ball in the build-up and it was disallowed.

Sorrentino was injured in the incident and was prostate on the ground receiving treatment while players argued around him.

In the next attack, Alex Sandro made a weaving run down the left and his low cross was turned in by Federico Bernardeschi.

Five-times World Player of the Year Ronaldo nearly grabbed an early Serie A goal when he shot narrowly wide from the edge of the area shortly after Juve's opener.

In the second half, he was foiled when Sorrentino made a brilliant one-handed save from his dipping shot and again when the goalkeeper blocked his free kick.