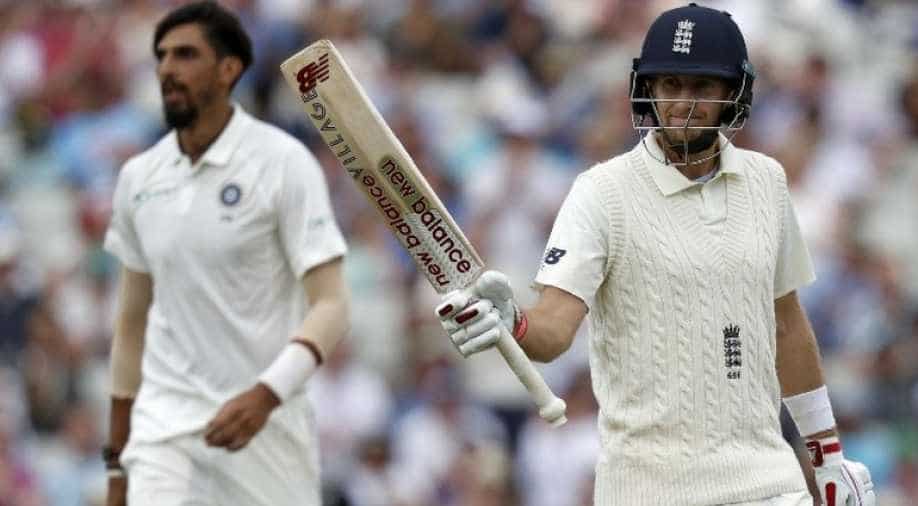 Opting to bat, England were 163 for three against India at tea on the opening day of the first cricket Test on Wednesday.

After Alastair Cook was bowled out, Keaton Jennings and skipper Joe Root established a crucial 72 runs partnership to help England over the early loss.

The two were looking dangerous and were playing superb innings before Mohammed Shami broke the bond and bowled Jennings for 42.

The pacer did not stop and struck again to give India its third and his second wicket in the form of Dawid Malan.

But Root continued to play like before and reached his half-century to limit the damage.

Joe Root won the toss and opted to bat in the first of the five-Test match series against India.

Speaking after the toss, Root said, "We will bat first. It looks a good surface, there's some moisture which should burn off, looks good to bat. The preparations have been good, it's time to deliver now."

"We are filled with confidence (after the ODI win), but this is a new game. The selectors gave us good options and I am happy with the personnel we have," he added.

Virat Kohli and Co. will be entering the ground with the baggage of an unforgettable tour in 2014.

But a lot has changed since then and the team will be desperate to overpower their poor record on English soil.

Talking about their strategy for today, Kohli said, " We were thinking about bowling first. The conditions are overcast, we want to make the most of it. There's always excitement and anticipation, it's a long series and we are well prepared. We are comfortable with our skill-sets."

"I think we have the bowlers for this pitch, we need to focus on our skills, need to play positively and get the results. Pujara has been left out, KL Rahul will bat at three. Three pace bowlers, Hardik as the all-rounder and Ashwin is the lone spinner," he added.

It will be England's 1000th test game after the English side acquired the Test status in 1877 and played their first Test match in the same year against Australia.

It's banter!: Ravi Shastri reacts to viral memes around him on social media