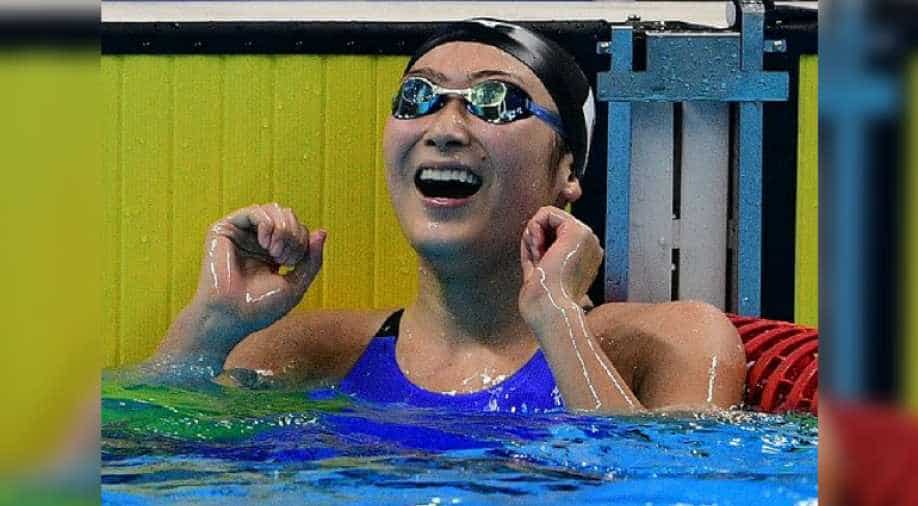 Japan's Rikako Ikee reacts after the final of the women’s 50m freestyle swimming event during the 2018 Asian Games. Photograph:( AFP )

Ikee edged the 50m freestyle final by a fingertip in Jakarta from China's Liu Xiang, clocking 24.53 seconds to become the first woman in any sport to scoop six gold medals at a single Games.

The 18-year-old celebrated with a rare display of emotion, raising her fist in the air as she soaked up the applause of Japanese fans.