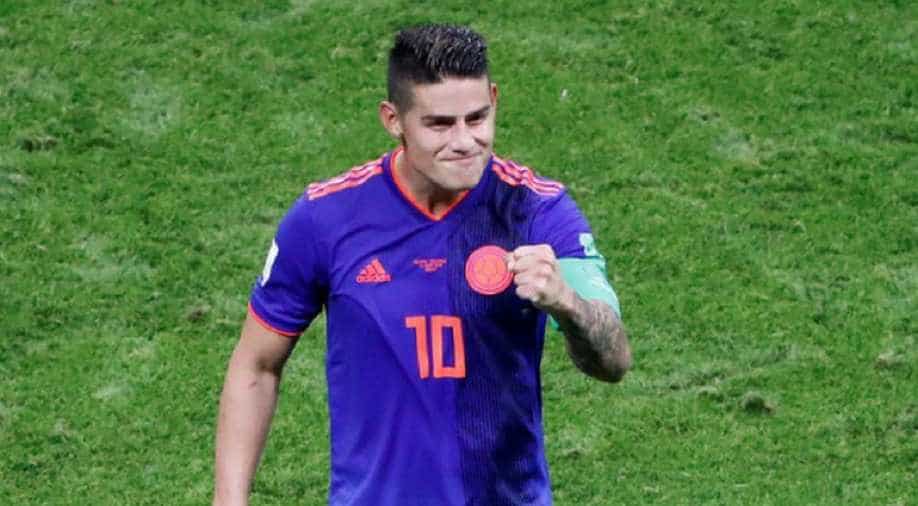 Colombian midfielder James Rodriguez suffers a "minor edema without fibrillar rupture in the right soleus," reported the Colombian Football Federation (FCF) Saturday before the match of eighth-finals of the World Cup of Russia 2018 against England.

Rodriguez was replaced by Luis Fernando Muriel in the 31st minute of last Thursday's game against Senegal, corresponding to the third and final day of the group stage, after he felt muscular discomfort and went directly to the locker room to be checked by the Colombian National Team's medical team.

"A resonance was made to James Rodríguez, whose results showed that he presents a minor edema without fibrillar rupture in the right soleus," the FCF informed in a brief statement, which did not confirm the estimated time of absence of the player.

The second captain of the combined 'coffee', a key piece in the scheme of Jose Nestor Pekerman, was a substitute in the first match in Russia 2018 against Japan (1-2) - although entered in minute 59 - suffering from "muscular fatigue" in the twin of the left leg, as the FCF informed in another of its short missives.

He played, however, the second full game, in which the 'Tricolor' thrashed Poland 3-0 and was named best player of the match after giving two assists.

Rodriguez has been carrying a soleus injury to his left leg since last January and came slightly 'touched' to the World Cup. However, the edema is now in the right soleus.

The Colombian National Team, without Rodriguez, continues to prepare for the duel against the English and this Saturday he trained in double session, in the morning in the gym and in the afternoon doing field exercises on the grass.