'It was very difficult': Maurizio Sarri relief as Chelsea break down Newcastle 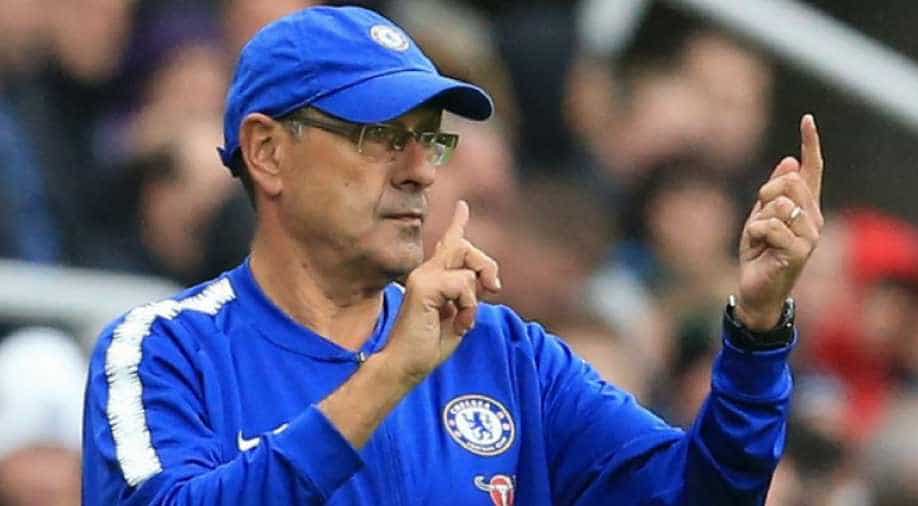 Maurizio&nbspSarri&nbspsaid he was shocked by Newcastle's defensive approach as Chelsea snatched a dramatic 2-1 win at St James' Park on Sunday.

The ultra-cautious approach worked for 76 minutes as frustrated Chelsea struggled to break through.

Sarri's side finally took the lead through Eden Hazard's penalty.

But Joselu equalised for Newcastle only for a DeAndre Yedlin own goal three minutes from full time to seal Chelsea's third successive Premier League victory.

Sarri&nbspwas pleased with the way his players kept plugging away against such a conservative opponent.

"I have never seen a Rafa Benitez side play with five defenders. I think it is very difficult to play here for every team - not only us," he said.

Newcastle complained that Fabian Schar's tackle on Marcos Alonso shouldn't have been a penalty, but&nbspSarri&nbsprefused to comment.

"I don't know I was far from the incident and I am not the referee, and I don't want to be a referee either," he said.

Saluting Belgium playmaker Hazard's display in his first start of the season,&nbspSarri&nbspadded: "Eden has played very well but maybe it was better if he played for only 75-80 minutes, but (Mateo) Kovacic asked me to be replaced so it was not possible."