'It is the saddest day of my career,' says Iniesta after announcing retirement 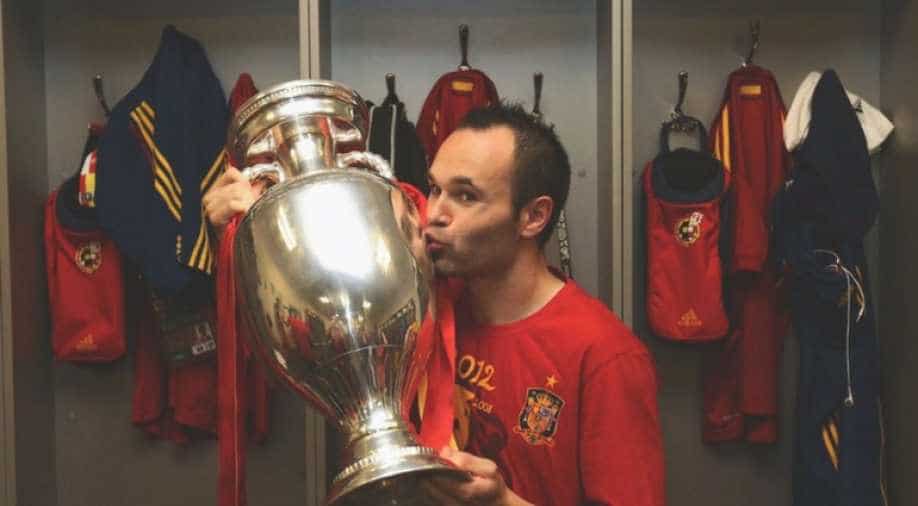 Spanish legend Andres Iniesta has announced retirement from international football after losing to Russia in the Round of 16 of FIFA World Cup 2018 on July 1. The 34-year-old came on as a substitute as Spain lost 4-3 on penalties. His last kick for his country was to score in the shootout in his 131st - and final - international outing.

Iniesta made his debut in 2006 and scored the winning goal in&nbspof FIFA World Cup 2014 finale.

"It was not a good way to say goodbye, but football and life are like that," said Iniesta after the match.

"I am leaving with a nasty taste in the mouth. We screwed ourselves because we didn't manage to make that extra step."

"It is the saddest day of my career," said former Barcelona player.

We can only say thank you, @andresiniesta8. You gave us glory, took us to our highest heights.

In May 2018, Iniesta ended his 22-year career at Barca when he joined Japanese club, Vissel Kobe.

He won 32 trophies at Barcelona, where he made 674 senior appearances, having joined the youth set-up aged 12.