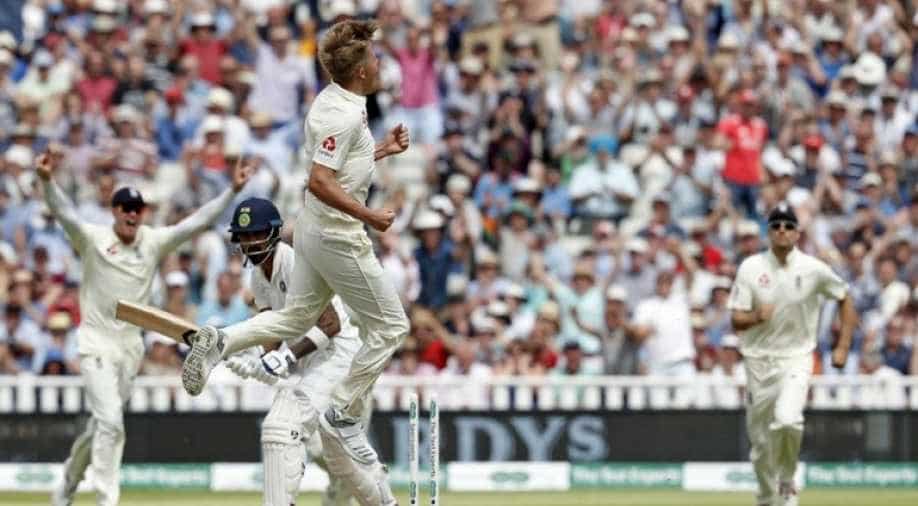 After a decent 50-run partnership between openers Murali Vijay and Shikhar Dhawan, England's Sam Curran rattled India by dismissing three top-order batsmen within the next nine runs the side made.

India first lost Vijay, followed by Rahul in the 14th over. Curran struck for the third time by dismissing Dhawan in the16th over.

India's score currently stands at 76/3 at lunch on Day 2.

Trailing by 211 runs, all hopes will be on skipper Virat Kohli and Ajinkya Rahane, who are playing at 9 and 8 runs respectively.

Sam Curran has bowled six overs so far and has given only 23 runs, taking his economy rate to 3.83 for now.

Also read: Hosts bowled out for 287

Shami clinched the wicket of Curran at 24 runs in just 10 minutes of the game today, taking his tally to three.