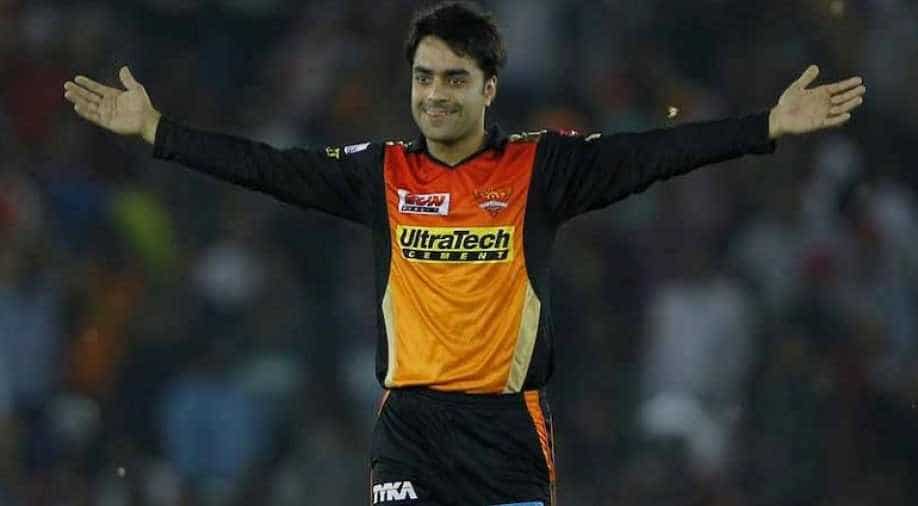 Afghanistan spinner Rashid Khan was retained by Sunrisers Hyderabad for Rs. 9 crores after a fierce bidding between Kings XI Punjab and Royal Challengers at the ongoing 2018 IPL auction in Bengaluru.

Khan, who last year also played for Hyderabad, was one the most influential bowler during the season.

The Fox is back!@rashidkhan_19 returns to the #OrangeArmy squad for the #IPL2018.
The best is yet to come.
Bid Price (RTM): Rs. 9.00 Cr.
Welcome back, miyan#IPLAuction

In June 2017, Rashid took his second ODI five-wicket haul, finishing with figures of 7 wickets for 18 runs against the West Indies at Gros Islet.

Meanwhile, Delhi Daredevils also retained its two main bowlers - Kagiso Rabada and Mohammed Shami by using their right to match card on both of them and trumped other teams well.

The two, who are currently playing against each other in ongoing India's tour to South Africa, will play together for Delhi this season.

There you go, @MdShami11! Don't forget to get this on board! ???? pic.twitter.com/EP8JLWHedi

Rabada with a base price of Rs 1.5 crore, was bid by Chennai Super Kings for Rs 4.20 crore. However, Delhi becomes party poopers as they use their RTM to get him back.

Likewise, Mohammed Shami, who showed his batting credentials with a quick 27 against South Africa on Friday, comes up with a base price of Rs 1 crore and gets sold for Rs 3 crore to Rajasthan Royals.

But, Delhi again uses their RTM to seal his services.