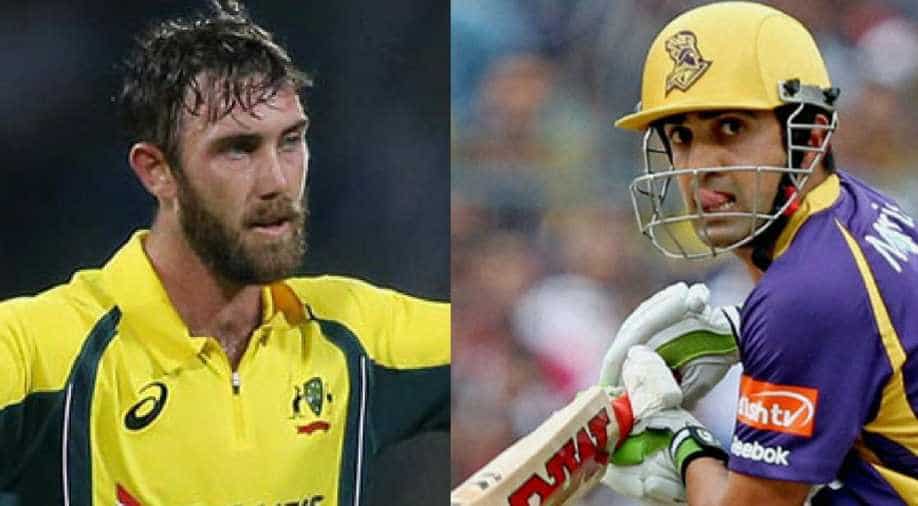 Glenn Maxwell, Gautam Gambhir with 14 others have been categorised as marquee players in the 11th edition of IPL. Photograph:( Zee News Network )

The IPL 2018 auction will take place in Bengaluru on January 27 and 28 where a total of 578 players will go under the hammer with 282 overseas players.

The 11th edition of IPL will see many new faces and also the flow of money has increased but some old champions are still the favourites.

Ben Stokes was the most expensive bid in the last edition of IPL and even this year, he is eying big money.

Though Glenn Maxwell was axed from Australia's squad for the one-day international (ODI) series against England but he is definitely among most favourites.

Also see the complete list of players and their base price.

Ahead of IPL XI auction, Joe Root pulls out of England's T20 tri-series

Some familiar names, some new names on our radar. We, the @SunRisers have arrived in Bangalore for what promises to be the most interesting #IPLAuction #OrangeArmy pic.twitter.com/lwKjNNgJff

On the basis of a table draw this is how the 8 teams are seated at the VIVO #IPLAuction pic.twitter.com/UDiG0oS6tS

A fierce bidding war is expected as Indian stars Gautam Gambhir, off-spinners Ravichandran Ashwin, Harbhajan Singh and Ajinkya Rahane will be on the franchises’ radar.