Indian football teams not to participate at 2018 Asian Games 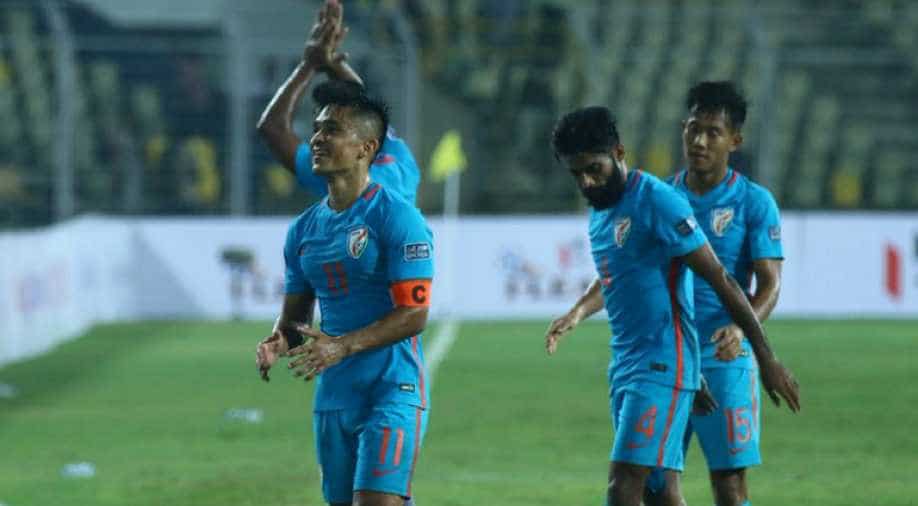 Indian Football Teams faced a major setback as the Indian Olympic Association (IOA) has decided against sending its senior teams to the Asian Games.

The IOA chose not to clear Indian men's and women's Football Teams since they have deemed them "incompetent" to win any medals.

The decision comes as a massive setback to the All India Football Federation (AIFF), who were hoping to use the Asian Games as one of the key tournaments in the build-up to next year's Asian Cup.

In the last three years, Indian Football has achieved a jump in FIFA Rankings from 173 to 97, and also qualified for the AFC Asian Cup UAE 2019.

In an official statement, the AIFF expressed its disappointment to IOA and has even offered to bear the expenses of the Football Team(s) to the Asian Games if permitted by the IOA.

Kushal Das, AIFF(General Secretary) on reports of IOA's decision to omit Indian football teams from Asia Games contingent has responded, he said, "We haven't received any official confirmation. It's just verbal, however, it is really disappointing and I would like to know the reason behind this decision."

We haven't received any official confirmation. It's just verbal, however, it is really disappointing and I would like to know the reason behind this decision: Kushal Das, AIFF(General Secretary) on reports of IOA's decision to omit Indian football teams from Asia Games'contingent pic.twitter.com/k9nVZDiwYP

If the decision is based on performance 4 years back then it's sad because in last 2/3 years India has improved very significantly. It would have been in order if IOA had discussed with us & understood what our strategies are before taking decision: Kushal Das, AIFF(General Secy) pic.twitter.com/rdpjbgF88X

Further in this regard, president of AIFF, Praful Patel, made a call to IOA chief Narinder Batra to explain the circumstances, and accordingly, letters were sent to Rajeev Mehta, Secretary General, IOA and Lalit Bhanot who happens to be the Chairman of the Preparation Committee, Asian Games.

However, disregarding all facts, the IOA chose to stick to its original stance of sending teams ranked between 1-8 to take part, thus turning a blind eye to Indian Football in the Continental Games.

This move is being considered as myopic by experts since it is a sharp contrast to the support of both the Ministry of Youth Affairs and Sports and Sports Authority of India, both of whom who supported and recognised AIFF's efforts in the last three years.