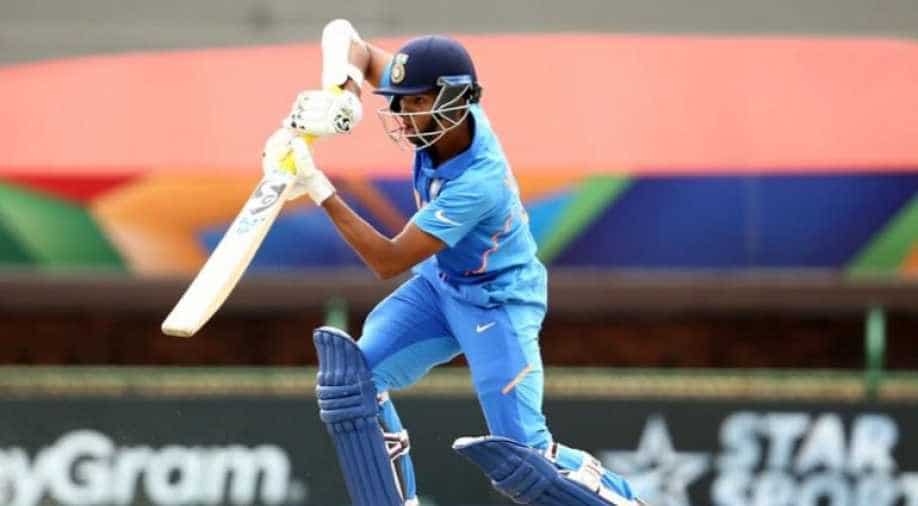 India are the first team to qualify for the 2020 U19 Cricket World Cup final.

100 comes up for Yashasvi Jaiswal and a historic 10 wickets win for India U19 cricket team.

He and Yashasvi Jaiswal have added over 💯 for the first wicket 🤝 #INDvPAK | #FutureStars pic.twitter.com/ORU6FwIKJd

Plenty of support for Pakistan in the crowd!

They'll be desperate for a wicket soon, India are 33 without loss after 10 overs.#U19CWC | #INDvPAK | #FutureStars pic.twitter.com/moBwviptpF

As India is competing against arch-rivals Pakistan in the U19 World Cup semi-finals, Yashasvi Jaiswal's father Bhupendra Jaiswal is hoping for a century from his son.

"I told him to register a win over Pakistan and you have to make a century today. We all hope that he will make a century and beat Pakistan," Bhupendra told ANI.

Yashasvi's father said he wants his son to feature in the Indian cricket team and make the country proud.

"He has worked hard and we want him to feature in the Indian cricket team and make the country proud," he said.Yashasvi has scored 207 runs in the premier tournament so far.

What did you make of that performance with the ball from the Indian team?#U19CWC | #INDvPAK | #FutureStars pic.twitter.com/cWB0YiluUS

India bowl Pakistan out for 172.

A brilliant bowling performance pacers and spinners of India Under-19s to bowl out Pakistan for 172 in their semi-final.

What an outstanding catch this was from Divyaansh Saxena 🙌

All the action from today's game is on our website!#U19CWC | #INDvPAK | #FutureStarshttps://t.co/CP8UAgAY1Y

Pakistan captain Rohail Nazir is still in but will he run out of partners?#U19CWC | #INDvPAK | #FutureStars pic.twitter.com/jt3LLwef49