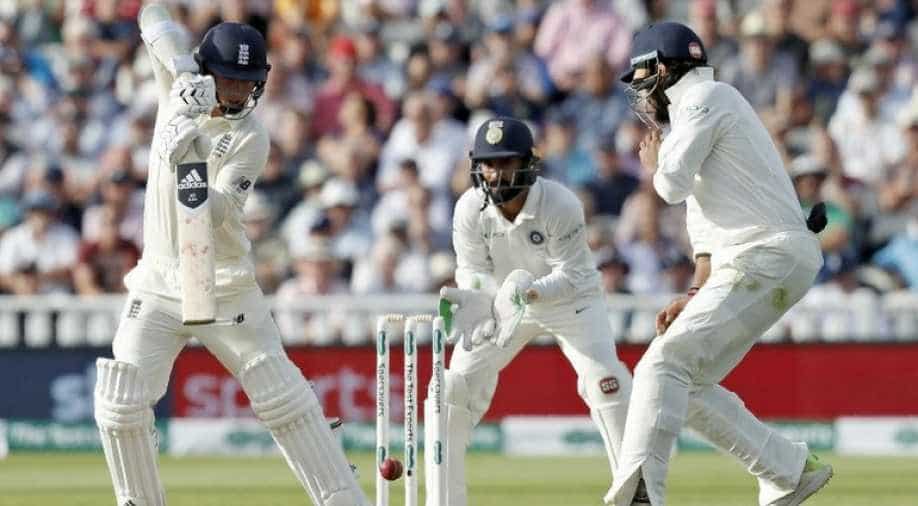 Sam Curran (L) plays a shot on the first day of the first Test cricket match between England and India. Photograph:( AFP )

Mohammed Shami on Thursday picked up the final wicket early on Day 2, to end England's first innings for a decent 287 runs.

Sam Curran (24) and James Anderson (0) were at the crease when umpires dislodged the bails for the day, yesterday.

Shami clinched the wicket of Curran at 24 runs in just 10 minutes of the game today, taking his tally to three.

Earlier, England were 285 for nine after winning the toss at stumps on the first day of the first Test at Edgbaston on Wednesday.

Joe Root, the England captain, made 80 before his run out sparked a collapse that saw the hosts lose three wickets for eight runs in 25 balls in what is their 1,000th Test match.

After Alastair Cook was bowled out, Keaton Jennings and Root established a crucial 72 runs partnership to help England over the early loss.

The two were looking dangerous and were playing superb innings before Mohammed Shami broke the bond and bowled Jennings for 42.

The pacer did not stop and struck again to give India its third and his second wicket in the form of Dawid Malan.