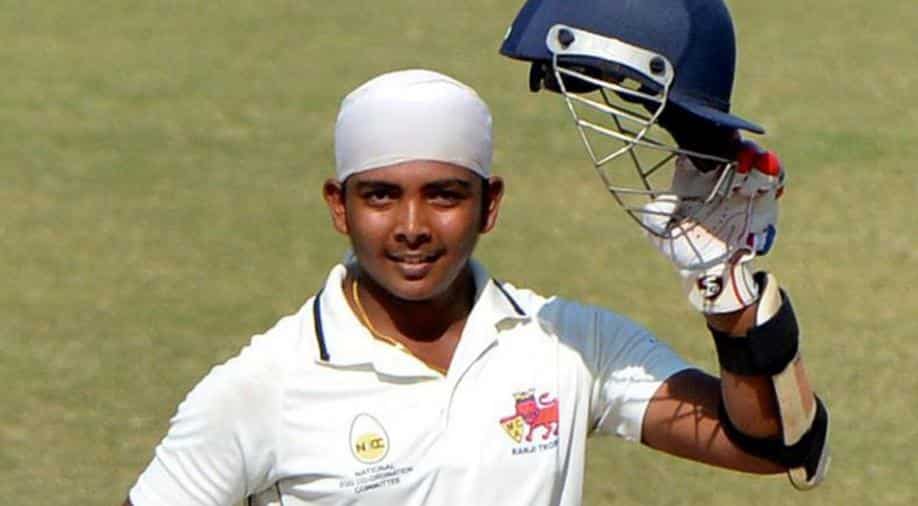 Prithvi Shaw, the 2018 Under-19 World Cup winning captain, on Wednesday broke into the India Test side even as the BCCI dropped right-handed opening batsman Murali Vijay and chinaman bowler Kuldeep Yadav from the squad for the remaining two Tests of the five-match series against England.

Other than Shaw, Andhra Pradesh captain Hanuma Vihari was additionally picked in the squad that will face England in the fourth and fifth Tests at Southampton and London separately.

Murali Vijay was dropped after his disappointing show in the first two tests of the series.

The 34-year-old Vijay, who played the opening two Tests at Edgbaston and London, could manage just 26 runs.

Kuldeep Yadav was sent home to play for India A team in two four-day matches against Australia A.

The 18-year-old Shaw earned his maiden test call-up on the back of a string of strong performances for India A, including a knock of 188 against West Indies A last month.

Vihari has been one of the most consistent performers in domestic cricket, averaging 59.79 in 63 first-class matches.

Both Shaw and Vihari are in great batting form, having each belted centuries against South Africa A earlier this month. They also impressed with the bat during their recent trip to England.

The fourth Test between the two sides will take place from August 30 onwards at the Rose Bowl in Southampton before the final Test at The Oval in London from September 7 to September 11.