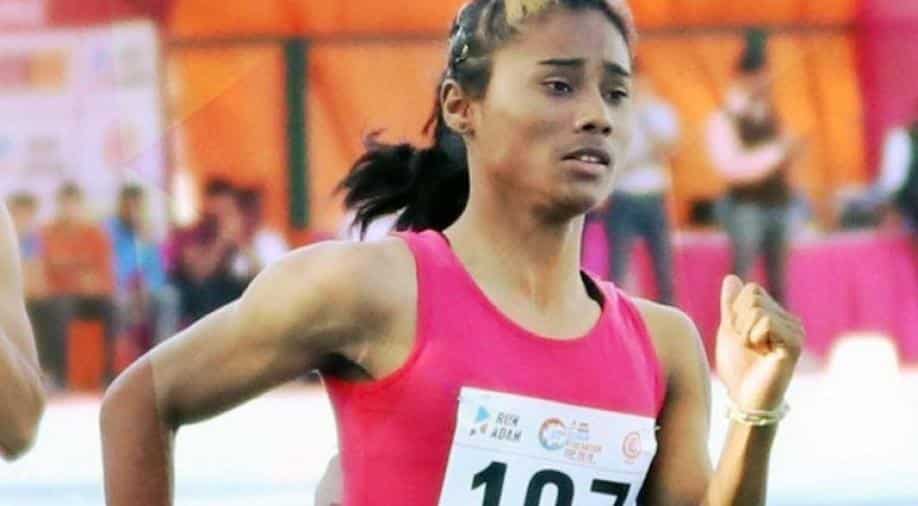 The Athletics Federation of India (AFI) on Tuesday lodged a protest against Bahrain for causing obstruction to Hima Das during the 4x400 mixed relay in which India finished second after M R Poovamma frittered away a good 30m lead.

The protest has been admitted by the jury of appeals which will give a ruling at 10am (local time) tomorrow.

The Indian quartet of Mohd. Anas, Poovamma, Hima and Arokia Rajiv clocked 3 minute and 15.71 seconds to finish behind Bahrain (3:11.89) in the event which was making a debut in the Asian Games.

"It was clear obstruction and we have lodged a protest. It also caused a minor injury to Hima. It cost us some time. The jury is there to see what happened," AFI President Adille Sumariwala told PTI.

Muhammed Anas began in spectacular fashion as he opened up a huge 30m lead over his Bahraini rival and handed over the baton to Povamma.

However, the Karnataka athlete squandered the lead. By the time she passed on to the baton to Hima, Bahrain had created a huge lead.

As Hima got the baton, she had to change her lane and sidestep Bahrain's Oluwakemi Adekoya who fell before her, obstructing her way, after passing on the baton to Salwa Naser.

"I had to jump over her to cross her, and I thought I have committed a foul by going to lane 2. It played in my mind. I don't know she actually got off balance or fell deliberately to obstruct me," said Hima.

"It was a good experience, it is an innovative concept. Next time we will try to do better."

Hima could not cover the distance as Salwa pulled away quickly, leaving Anas with an unenviable job of covering at least 50m lead.

In the end, India finished with a timing of 3 minute 15.71 seconds, which was about four seconds slower than winners Bahrain (3:11.89).

Kazakshtan finished third with a timing of 3:19.42.

Anas refused to blame Poovamma for not winning the gold.

"She ran fast, she is not slow. We can't blame her," Anas, the silver medallist in the individual 400m race, said.