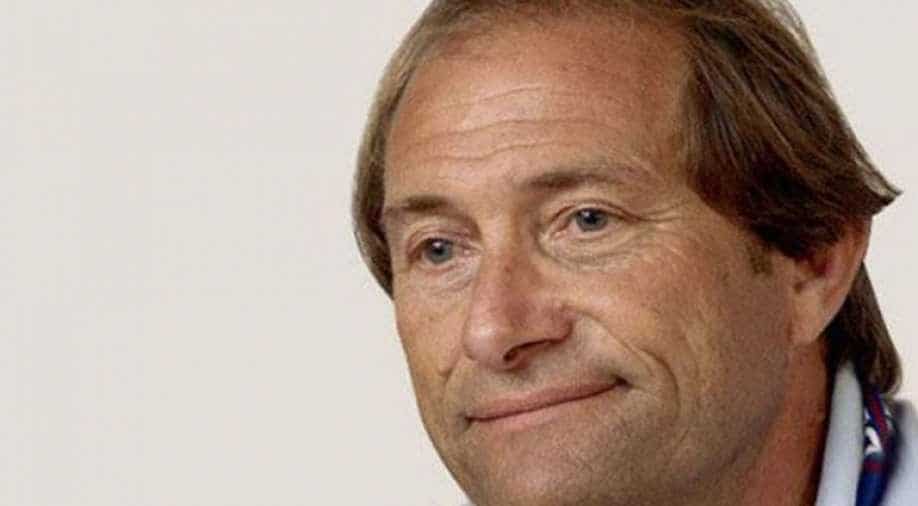 A string of foreign coaches have been hired and fired by India in recent times.?In photo: Roelant Oltmans. Photograph:( Zee News Network )

Roelant Oltmans, the coach of the Indian hockey team, has been sacked.

Oltmans had been appointed high-performance director of the team in 2013.

He took over as interim coach in 2015 -- he was finally named coach -- after the unceremonious sacking of then-coach Paul Van Ass.

A string of foreign coaches have been hired and fired by India in recent times.

A statement from Hockey India said the decision to sack Oltmans was taken at the "three-day meeting of the Hockey India High Performance and Development Committee" which concluded Saturday.

Oltmans was part of the meeting.

The statement added: "Key decisions taken included Chief Coach Roelant Oltmans to step down. While Roelant Oltmans role as Chief Coach in improving the teams’ overall fitness and cohesiveness has been appreciated, the results are what matter and the performance of the team has not been consistent or up to the desired levels."

The statement hinted at shake-ups in the team too, saying, "Additionally, the Director High Performance and Hockey India Selection Committee will be required to perform a detailed assessment of all the senior core probables, with those that have reached their peak performance to make way for younger talent. The ray of hope shown via noteworthy performance of a much younger team at the recently concluded Europe Tour proves that it is time to recalibrate."

The statement added that the current high-performance director of the team, David John, would take over as interim coach until "a suitable replacement is found for a smooth transition of the Indian Men’s team."