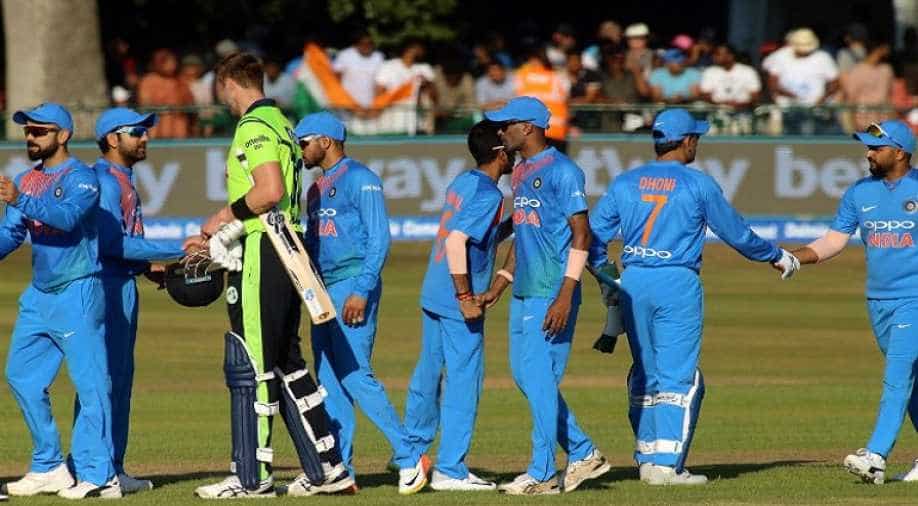 The Indian Cricket team have acquired the 2nd spot in the latest ICC T20 rankings after beating Ireland 2-0 in the recently concluded two-game series.

The team arrived on the Irish shores as the 3rd ranked T20I side in the world and reached 123 rating points in the latest rankings released by the ICC.

Meanwhile, Australia has slipped to 3rd position with 122 rating points behind India's 123 points after their defeat at the hands of England in the lone T20I game.

Both the teams are way behind Pakistan who sit well at top of the table with 131 points. The Indian side will next face England in the three-match T20 series. Even if they whitewash that series, they can reach a maximum of 127 points.