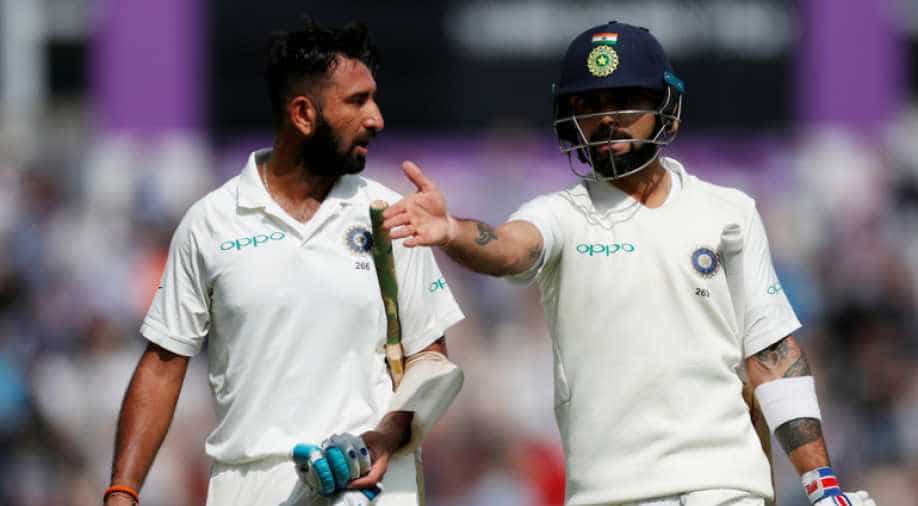 Stuart Broad struck twice as India were 100 for two, a deficit of 146 runs in reply to England's 246 runs at lunch on the first day of fourth Test at Southampton.

Cheteshwar Pujara was 28 not out and India captain Virat Kohli 25 not out with their unbroken stand so far worth exactly 50 runs.

Earlier on day one, Sam Curran's 78 helped the hosts to put up a potential target as at a moment England were 86-6.

Sam Curran was the top-scorer for the hosts, scoring 78 runs. He was also involved in two half-century partnerships.

India's openers fall to Stuart Broad but a fifty partnership from Kohli and Pujara takes India into lunch on day two on 100/2, trailing England by 146 runs.#ENGvIND LIVE ➡️ https://t.co/VUru4XV87u pic.twitter.com/ADOyUqgfnL

Virat Kohli-led team is currently in a good position and has a bright chance to level the series 2-2 by winning the Southampton Test.