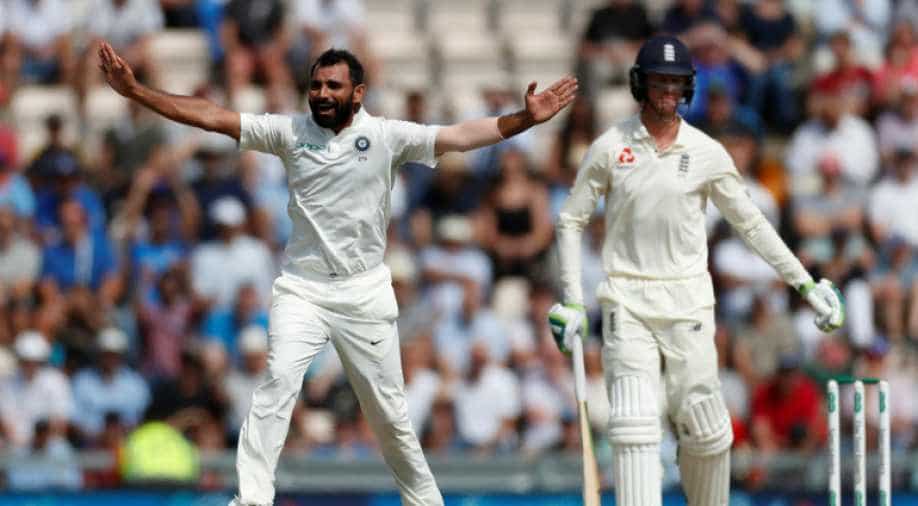 Mohammed Shami celebrates during the match. Photograph:(Reuters)
Follow Us

England were 92-3 in their second innings with a lead of 65 runs, at lunch on the third day of the fourth Test against India at Southampton on Saturday.

Keaton Jennings was trapped LBW by Shami for 36 off what became the last ball of the session.

England started Saturday's play on six without loss Alastair Cook (12) and Keaton Jennings (36) but lost their wickets to Jasprit Bumrah and Shami respectively.

A combination of Ishant's excellent bowling and a superb grounded catch by KL Rahul resulted in Ali's wicket.