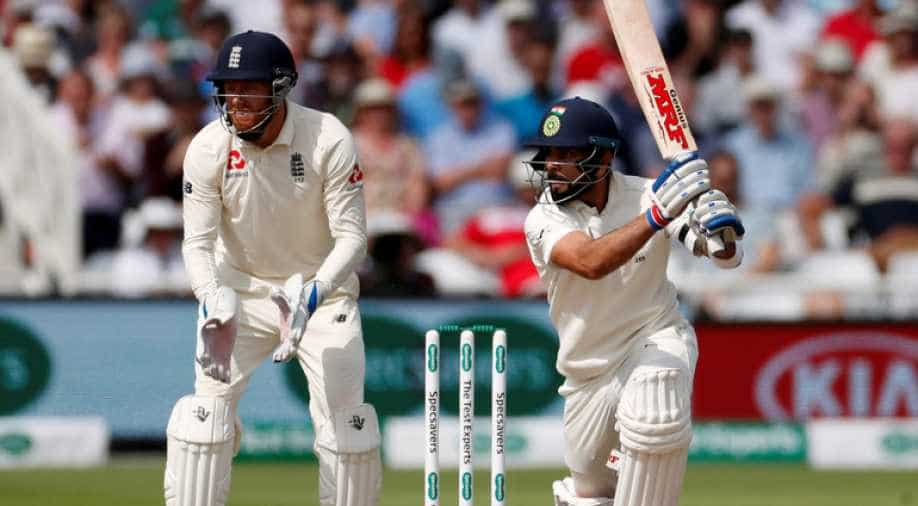 India were 307 for six after losing the toss at stumps on the first day of the third Test against England at Trent Bridge on Saturday.

In the first session, India stumbled after Chris Woakes' three-wicket haul that left India in tatters.

In the 17th over, Shikhar Dhawan lost his wicket after scoring 35 runs, and soon after that KL Rahul (23) returned to the pavilion.

Cheteshwar Pujara (14) was out to what became the last ball before lunch when he hooked Woakes' short delivery to Adil Rashid at long leg.

However, Indian skipper Virat Kohli, who fell three-run short of a century found a determined ally with Ajinkya Rahane and scored a fourth-wicket partnership of 159 runs that spanned more than 40 overs to revive the team.

James Anderson took his 100th Test wicket against India when he had Hardik Pandya (18) caught at second slip by Jos Buttler off what became the last ball of the day.

Test debutant Rishabh Pant was 22 not out and will resume India's batting on the second day.

Earlier, Joe Root opted to bowl after winning the toss, he said that the team we'll be looking to pick up quick wickets to take an early advantage in the match.

While Indian skipper looked confident and mentioned the three changes that the team has made.

They also gave a debut to wicket-keeper Rishabh Pant, who came in for Dinesh Karthik.