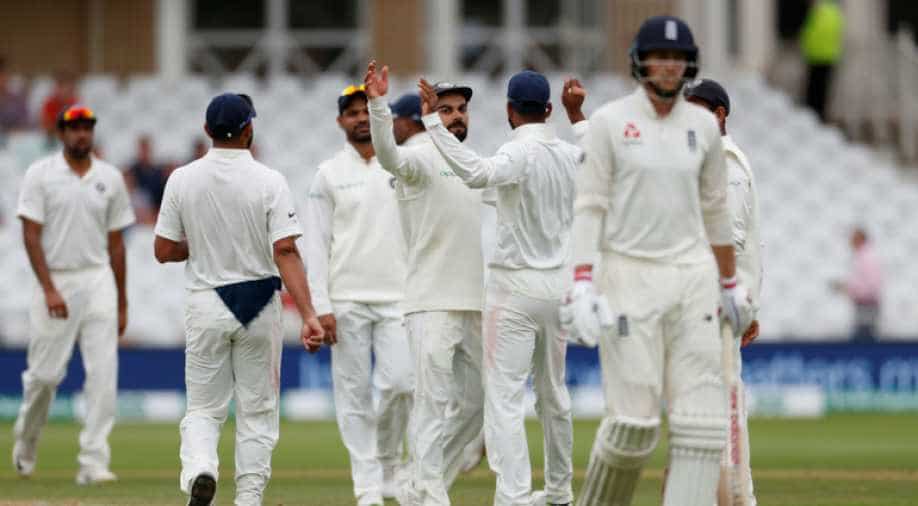 Ishant Sharma struck twice as England were 84 for four at lunch on the fourth day of the third Test against India at Trent Bridge on Tuesday.

Ben Stokes was three not out and Jos Buttler 19 not out.

Alastair Cook and Keaton Jennings resumed the second innings as England were 29 without losing any wicket at stumps on the third day but both of them returned to the pavilion after losing their wicket stop India's pacer Ishant Sharma after scoring 17 and 13 respectively.

England then lost their next two wickets on 64, with captain Joe Root (13) and Ollie Pope (16) both caught in the cordon.

Root tried to force a Jasprit Bumrah delivery he could have left and Rahul, still at second slip, held the sharp chance.

On the third day, The India captain Virat Kohli slammed a stunning century that helped India to put a massive score of 352 runs for the loss of seven wickets as the visitors set England a colossal 521 to win.

Indian skipper Virat Kohli signalled to declare the second innings on 352 for seven.

Virat Kohli top-scored with 103 after making 97 in his side's first innings.