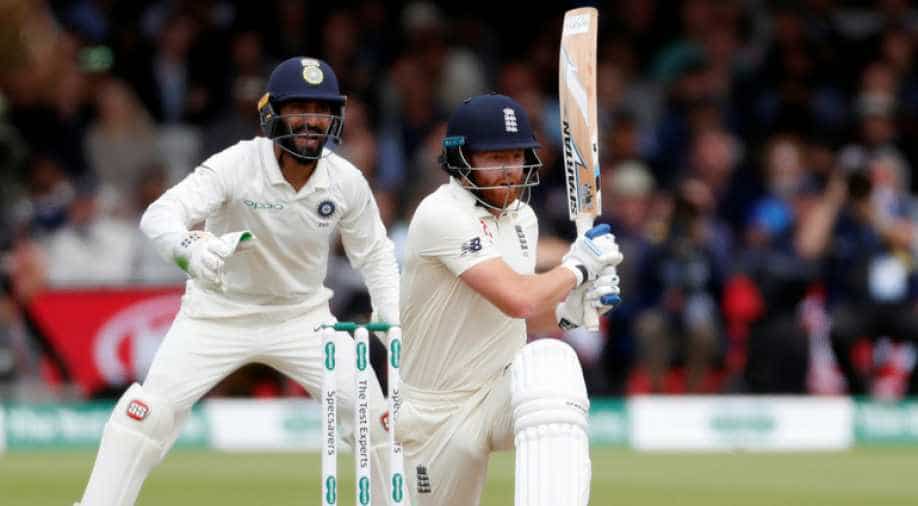 Jonny Bairstow and Chris Woakes built a crucial partnership as England were 230 for five at tea in the first inning of second Test at Lord's cricket stadium on Saturday.

Bairstow was 62 not out and Chris Woakes 55 not out, with their unbroken sixth-wicket stand so far worth 99 runs.

Soon after that, Cook (21) walked back to the pavilion after losing the wicket to Ishant Sharma's swinging delivery.

England have built a strong lead at tea on day three, unbeaten half-centuries from Jonny Bairstow and Chris Woakes guiding them to 230/5, ahead of India by 123 runs.#ENGvIND LIVE ➡️ https://t.co/e1I98c7CZY pic.twitter.com/i0aRDnXylw

Debutant Ollie Pope impressed by playing&nbspsome positive strokes at number four but as lunch approached he was trapped lbw by Hardik Pandya.

However, with Jonny Bairstow and Chris Woakes on the crease, England have taken a huge leap in this Test.

England lead this five-match series 1-0 after a 31-run win in the first Test at Edgbaston last week.