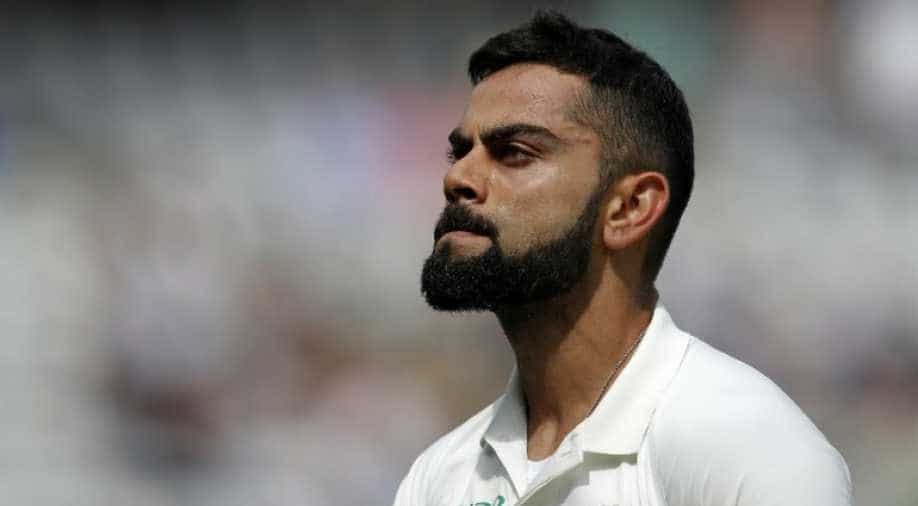 England won the first Test by 31 runs against India at Edgbaston on Saturday to take a 1-0 lead in this five-match series.

Team England had allowed India to come back but eventually outplayed Virat's team and gone on to win their 1000th Test.

Earlier, India were 110/5 in their second innings, needing a further 84 runs to reach their victory target of 194, at stumps on the third day.

Ahead of the fourth day, Anderson said that the team will "go to bed dreaming about getting Kohli out first thing" and that's what exactly happened when Ben Stokes took Kohli's wicket.

However, Indian skipper reviewed the decision but three red on the screen signalled Kohli to walk back to the pavilion.

In the same over, Mohamed Shami also lost his wicket.

What a moment - How good is Test cricket! Ben Stokes (R) celebrates taking the wicket of India's Mohammed Shami during play on the fourth day of the first Test cricket match between England and India.

The third day of the first Test match was full of action as both the teams kept fighting back while counter-attacking and dragged back each other into the game.

While interacting with media, Anderson said after Friday's close: "No one is invincible in world cricket. We can get him (Kohli) out."

"If we recover well tonight and come back fresh in the morning, we know it's going to be 25-30 overs max one way or the other – so we can give it all we can."

"We need five wickets, simple as that, fairly quickly – otherwise, they'll get the runs."