'I will do it again,' says Kylian Mbappe after getting red card 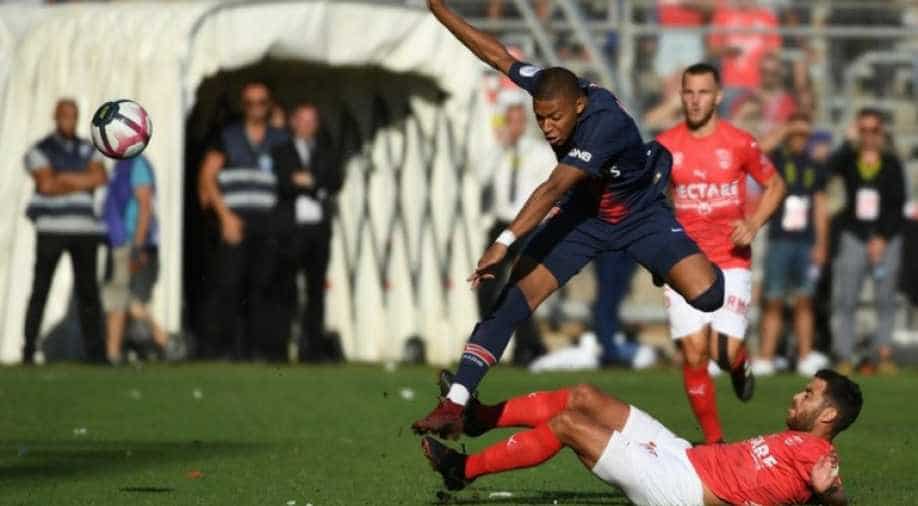 A file photo of Kylian Mbappe. Photograph:(AFP)
Follow Us

Paris Saint-Germain forward Kylian Mbappe, who was handed a red card during a game with Nimes, says he has no regrets pushing French footballer Teji Savanier.

Paris St Germain maintained their 100 per cent Ligue 1 record with a 4-2 victory at promoted Nimes Olympique on Saturday.

He stressed that if required he will do it again, admitting that he needs to control his temper if want to play for long.

"No, I do not regret it. And if it was again, so I will do it again. It's just an accumulation of things. It's football" Mbappe said.

"You have to learn when playing in this kind of club to let it go because it's like that everytime so if I get upset every weekend, I'm going to take several reds so we have to be above it," he added.

The 19-year-old scored PSG's third goal to put them back in front after a dramatic fightback brought Nimes level from being 2-0 down.

But he was dismissed in the dying seconds for his reaction to a rash challenge by Savanier, who was also sent off.

Mbappe forward indicated that the physical treatment he received from Nimes' defenders was typical of the way teams in Ligue 1 handle him.

The French footballer also apologised for picking up a suspension.

"And I will apologise to supporters and everyone but I cannot tolerate these kinds of gestures."

Mbappe was booked in the first half for dissent after he kicked the ball away at a Nimes free-kick and then aimed words at referee Jerome Brisard.

Neymar spoke to Mbappe shortly afterwards, appearing to calm the teenager after an opening period in which he was subjected to numerous heavy challenges.