I tried everything to get best out of Messi, says Sampaoli 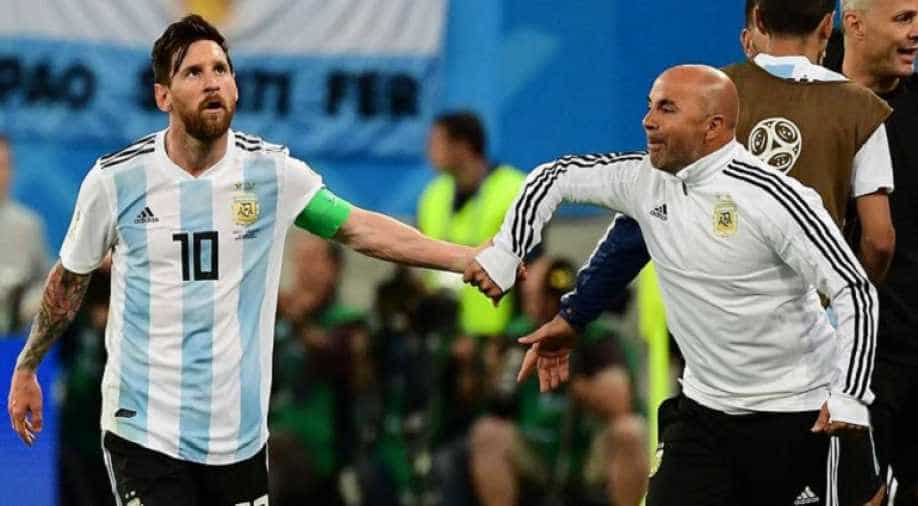 Despite trying everything in the book, Argentina coach Jorge Sampaoli said he was unable to bring out the best in talisman Lionel Messi whose last chance for World Cup glory almost certainly ended with Saturday's defeat to France.

Playing in a "false nine" role, Messi capped a disappointing tournament with another subdued display at Kazan Arena as Argentina bowed out of the last 16 with a 4-3 defeat.

"We have the best player in the world and we had to try to create collective situations to really use that player who can have many brilliant moments," Sampaoli told reporters.

"We tried many different tactics -- surround him, create space for him ... we tried to use everything we had to allow him to do what he can do.

A serial meddler with selections and positioning, Sampaoli sprang a surprise by dropping Gonzalo Higuain from the starting line-up and including Cristian Pavon at the front of a rejigged 4-3-3 formation.

Sampaoli's players struggled with the set-up and could have been two goals down in the opening quarter, blitzed on the counter-attack by the pace of Kylian Mbappe.

A piece of Messi inspiration set up Argentina's second goal for Gabriel Mercado to put the South Americans 2-1 ahead just after halftime.

But the Barcelona forward was blanketed by N'Golo Kante and Blaise Matuidi, and he was unable to spark a rally after Mbappe scored twice in four second-half minutes.

Sampaoli said his players lacked a "clear idea" of what they were doing but he studiously avoided taking sole blame for their confusion throughout a scratchy World Cup.

"All this is very recent. It's too soon to analyse concrete mistakes we could have made," said the coach, who added that he would not decide on his future immediately.

"I'm sure there might have been mistakes but it's too soon to analyse that. We knew what we wanted to do.

"I don't like the word failure but it's very frustrating. In every single training (session) I tried to develop an identity for my team.

"I always believed that Argentina could win, so of course I feel a certain frustration, but this will make me stronger as a coach, to learn, to grow."