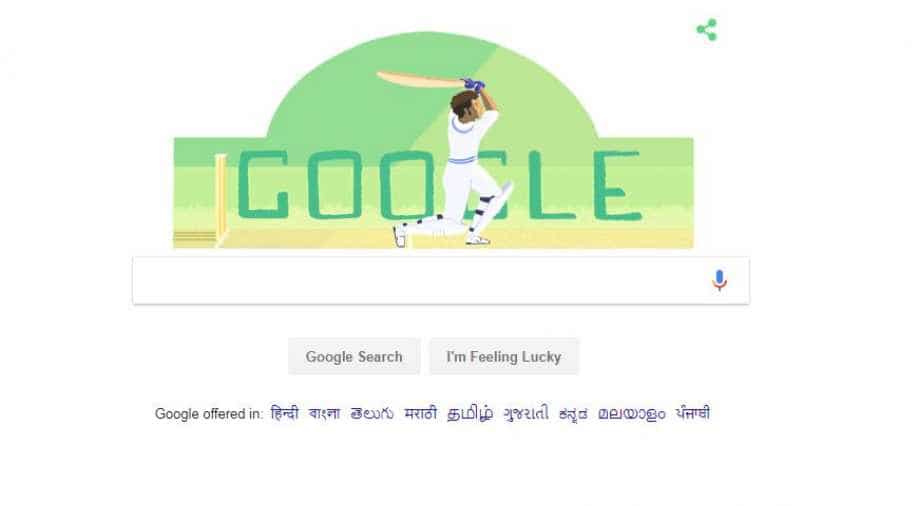 Dilip Narayan Sardesai was a key player for Indian batting lineup in an era when the team was becoming aggressive and competitive on the international stage. Today Google Doodle is celebrating his 78th birth anniversary.

And on England tour, he played two crucial innings of 54 and 40 in adversity in India's maiden Test triumph at the Oval.

The Goa-born cricketer was wristy and a proficient player against spinners which earned him the tag of being India's best batsman against the spin attack.

In 1965 against New Zealand, Dilip batted for more than nine hours to score an unbeaten double century. Another former cricketer Chandu Borde, who was at the supporting end, also scored a century as India set up the 'Black Caps' an improbable target of 255 on the final day.

The legendary cricketer was diagnosed with a chest infection and was admitted to Bombay Hospital on June 23. After days of hospitalisation, &nbspDilip took his last breath at 9:15 pm on July 2, 2007.