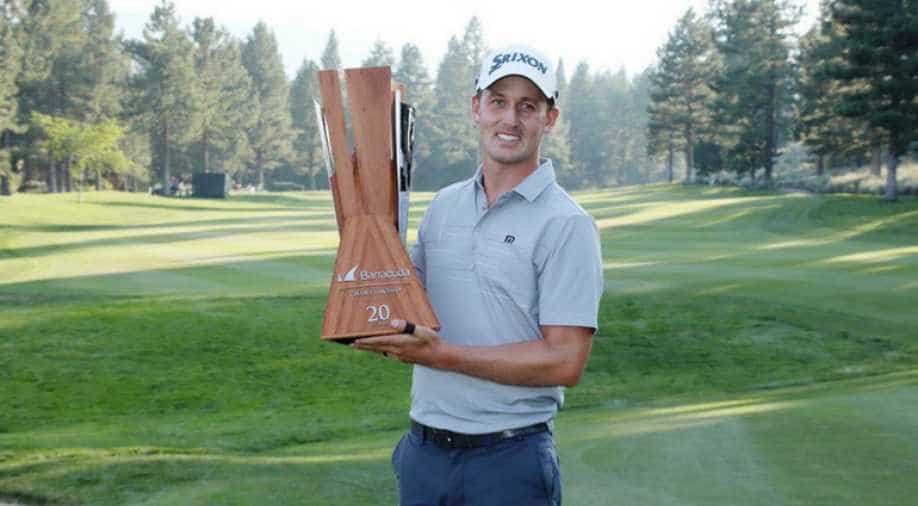 Entering the day with a three-point lead at the event, which is played under the modified Stableford format, Putnam birdied two of his first four holes and scored nine points on the day to take him to 47, four clear of runner-up Chad Campbell.

The format awards eight points for an albatross, five for eagle, two for birdie, zero for par, and subtracts a point for bogey and three for double-bogeys or worse.

Sam Saunders started the day in second place but made all pars and two bogeys on his opening nine to fade away.

A lifelong dream for @AndrewPutnam1.

John Oda and J.J. Spaun finished in a tie for third at 37 points with Ollie Schniederjans rounding out the top five on 36.

Putnam, playing in his second full season on the PGA Tour, had a pair of birdies on the back-nine to put the tournament away.

The 29-year-old had a chance to claim his first win at the FedEx St. Jude Classic in June when he held a share of the 54-hole lead with world number one Dustin Johnson but eventually finished six shots behind.