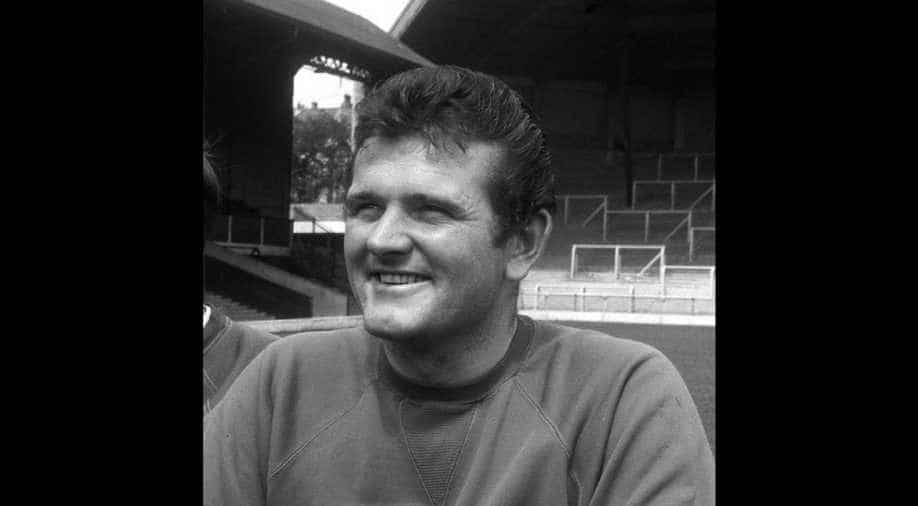 With 390 appearances and three major trophies during his time at Anfield, he was one of the most popular and respected goalkeepers in LFC's history. Photograph:( Twitter )

Goalkeeper Tommy Lawrence, part of the first great Liverpool side under Bill Shankly, has died aged 77, the club announced on Wednesday.

LFC posted on Twitter, "The club is deeply saddened by the passing of former goalkeeper Tommy Lawrence. RIP Tommy."

Lawrence, affectionately known as 'The Flying Pig' for his acrobatic saves despite being of portly build, was a member of the side that won two league titles in 1964 and 1966, not missing a match in the latter campaign.

Capped three times by Scotland, Lawrence only missed four league matches from 1963 to 1969. He conceded only 24 goals in the 1968/69 season, which was a record for the lowest conceded at the time in the old First Division.

However, the emergence of Ray Clemence in the late 1960's heralded the end of his tenure as the first choice, and after being dropped for an FA Cup tie in the 1970/71 season he left for nearby Tranmere Rovers, managed by his former Liverpool team-mate Ron Yeats.

He made a total of 390 appearances for Liverpool.

Lawrence finished his playing career at non-league Chorley. After hanging up his boots, he returned to the same factory he had worked in prior to playing for Liverpool, remaining there until he retired.