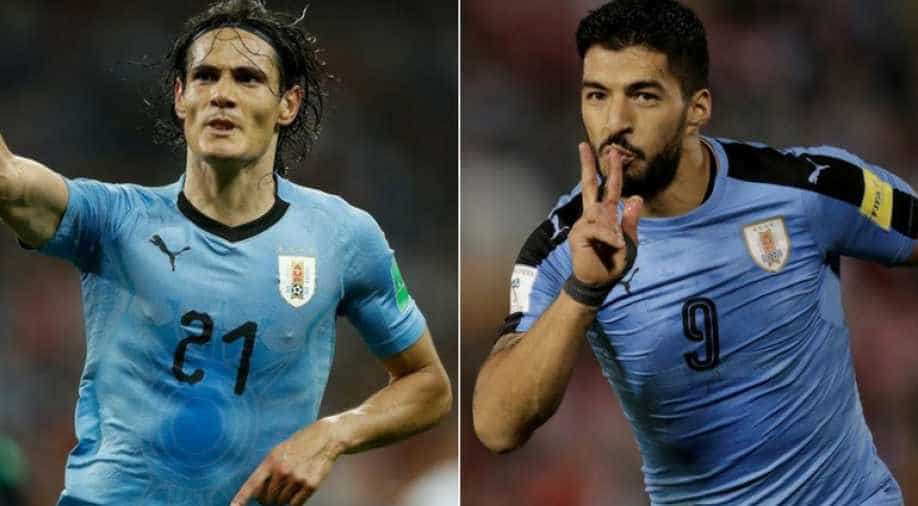 Diego Godin, captain of the Uruguayan soccer team, on Sunday said his team can beat anyone when strikers like Edinson Cavani and Luis Suarez reach the level that they have shown at the World Cup in Russia.

Edinson Cavani struck twice for the South Americans, before later being substituted due to injury.

"When they are like this we can beat anyone," said the Celeste captain.

Uruguay won 2-1 against Cristiano Rolando's Portugal and entered the quarterfinals of the World Cup.

"We work very hard to reach the result and contain the opponent, now we have to enjoy the moment and from now think of France," he said on Saturday.

Uruguay's defence and attack was better than Portugal in every way and in both the halves.

Uruguay now face France in the last eight after Didier Deschamps' side overcame Argentina in a thrilling 4-3 win.