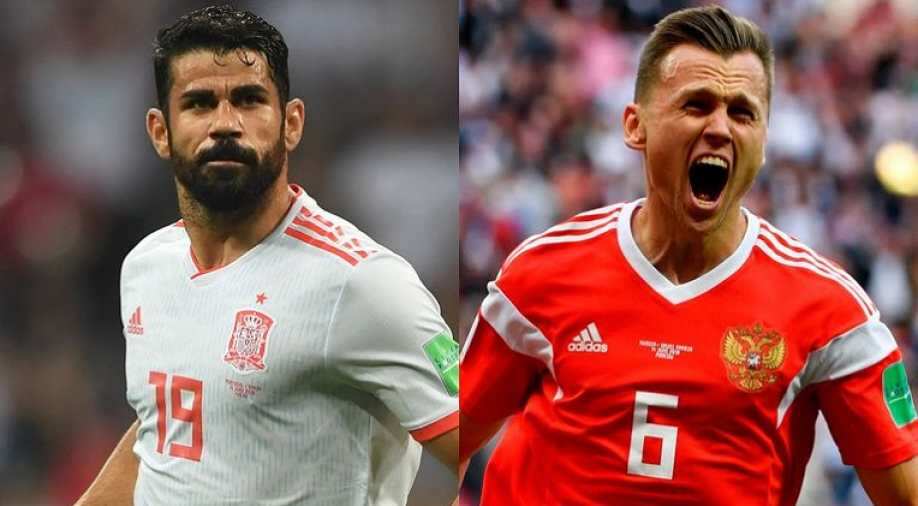 Russia and Spain will be aiming for the quarter-final berth of the ongoing 21st edition of the FIFA World Cup, when they lock horns in the third clash of the last-16 round here at Kazan Arena on Sunday.

Russia will be looking to make most of their first knockout round appearance in last thirty-two years and continue with their realistic approach in the tournament so far.

Igor Akinfeev-led side will be heading into the clash on the back of a stunning 5-0 victory against Saudi Arabia in their first group match.

They thrashed Egypt 3-1 in their second match before stumbling 0-3 against Uruguay in their last group match.

Spain, on the other hand, had a relatively rough start to the tournament after Coach Julen Lopetegui departed a day before the start of the tournament.

The 2010 world champions played well in their opening encounter against Portugal, but were completely outclassed by the brilliance of Portuguese star striker Cristiano Ronaldo as they ended with a 3-3 draw. They lost their second match 0-1 to Iran before playing a 0-0 draw in their last group match against Morocco.

Despite not being up to the mark in their group matches, the Spanish team will definitely fancy their chances against the hosts but the task is going to be tough keeping in sight the confidence of the Russian squad at home.

As far as head to head encounters are concerned, Russia have never beaten Spain since 1991.

Out of the six matches that both the teams have played, Spain have won four and two resulted in a draw.Meanwhile, 20th ranked Croatia will take on World number twelve Denmark in the second match of the day.Both the nations are so far unbeaten in the tournament and will be looking to carry forward this winning momentum in the knockout rounds as well.

On a related note, the full Russian and Spain squads are as follow: