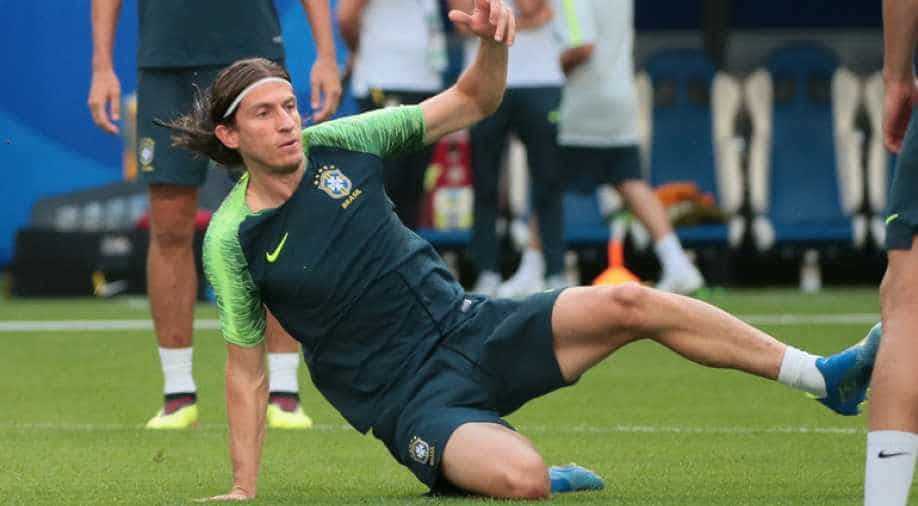 Brazil coach Adenor Leonardo Bacchi, best known as Tite, confirmed on Sunday that defender Filipe Luis will replace Marcelo against Mexico in the round of 16 at the 2018 FIFA World Cup.

Marcelo was forced to leave the field with back discomfort in the early stages of Brazil's 2-0 win over Serbia in their final Group E clash, but trained without visible problems at Sunday's practice during the first 15 minutes that were open to the press.

"The same players as the other day will play, with Filipe Luis," Tite said at a press conference on the eve of Monday's duel with Mexico.

"I spoke with Marcelo and told him that in a normal situation in which there is a competition for a spot (in the starting lineup), he would play. He behaved well, because he could have said he had discomfort and he preferred to rest, but he decided to attend the training," he said.

"I have spoken with the physical trainers and the medical team and in fact he can play 45 or 60 minutes, but no more," Tite said, adding that they would not risk a player's health.

"After training, I asked him if he was in condition to play and he told me yes, that I could count on him," he added. "But we do not want to risk it, because it could be a 120-minute match."

Brazil won Group E after playing to a 1-1 draw against Switzerland and prevailing over Costa Rica and Serbia 2-0 each.