EPL: Southampton get first win with defeat of Palace 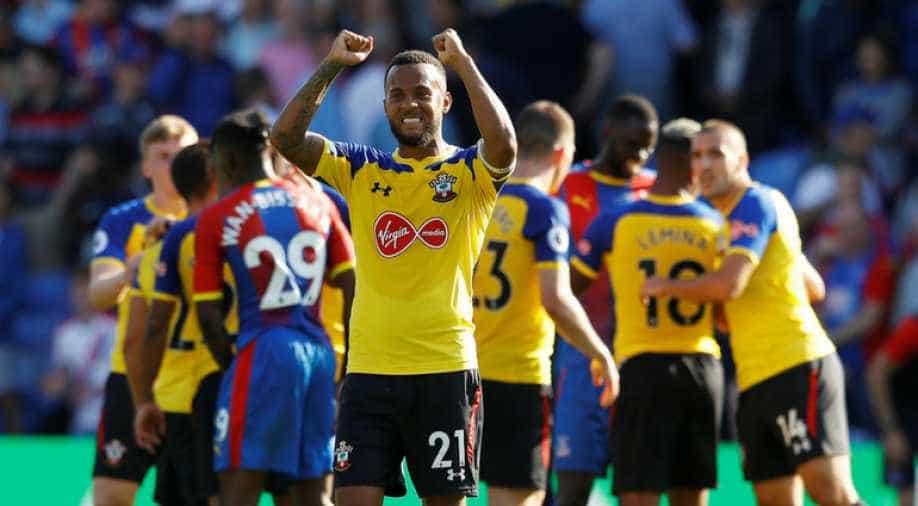 Southampton's Ryan Bertrand celebrates after the match. Photograph:(Reuters)
Follow Us

Southampton earned their first win of the Premier League season with an impressive 2-0 victory at Crystal&nbspPalace&nbspon Saturday.

Danny Ings, on loan from Liverpool, scored his second goal of the season in the 47th minute to put the Saints ahead and they should have doubled their lead but Charlie Austin saw a penalty saved by&nbspPalace&nbspkeeper Wayne Hennessey.

Saints had keeper Alex McCarthy, called up to the England squad this week, to thank for a series of fine saves including a brilliant late stop to keep out a close-range effort from&nbspPalace&nbspstriker Christian Benteke.

With Roy Hodgson's side piling forward in search of an equaliser, Southampton struck on the break with Pierre-Emile Hojbjerg's finish making sure of the victory in stoppage time.