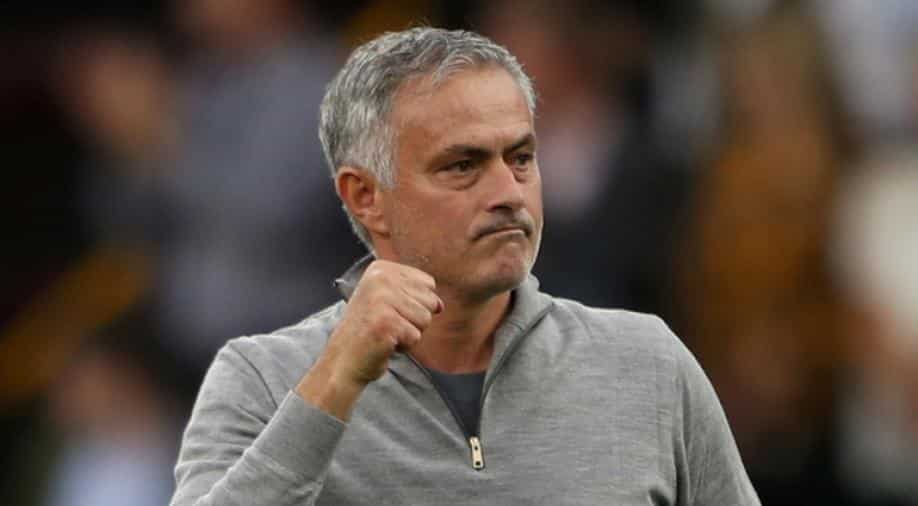 Jose Mourinho celebrates after the match. Photograph:(Reuters)
Follow Us

Jose Mourinho had a smile back on his face after his Manchester United side comfortably beat Burnley 2-0 at Turf Moor on Sunday to end a week of intense scrutiny in positive fashion.

Two first-half goals from Romelu Lukaku put United in firm charge of the game and they could have added more after the break with Paul Pogba missing a penalty.

Mourinho, who demanded respect from the media after Monday's 3-0 home defeat by Tottenham Hotspur, had his name sung throughout the game by United's fans and even found time for a little banter with the media.

"I am (delighted) and I think some of you must be disappointed it would be much better if we lose," he said with a slight grin.

"But I think the performance was very good and very good from the first ball we touched. After 10 minutes we were playing so so well and we were missing quite easy chances that I had a feeling another Tottenham can happen but also a feeling that playing this way we have to win.

"We should have kill(ed) the game much earlier but the performance was very good, very solid and important," he added.

Mourinho ended the game going close up to United's travelling support to show his appreciation for their backing - which including very specific support for him.

The Portuguese said the right attitude for the Burnley match had its roots in the positive way the Old Trafford crowd had responded to the loss to Spurs.

"I think we start winning this match because of Old Trafford after Spurs. We lose at home, if the fans react bad, the team loses confidence, the team feels pressure and the next match is more difficult," he said.

"(But) we lost at home, the fans were amazing and understood the performance was good, the result was bad so it was not a sad week.&nbspI feel a bit sorry we didn’t score a couple of goals in front of them (their end) because it would be magic for them," he said.

Pressed on how the supporters had not just backed the team but sung his name for long periods including a chant of "Mourinho's red army", the former Chelsea boss played down the significance.

"I am really happy with the performance, the result and to give that good feeling to the fans. They are the most responsible for the week," Mourinho added.

Mourinho also denied reports saying he had turned down the chance to sign Cristiano Ronaldo during the close-season, saying the option to bring him back to Old Trafford was "never on my table".

Ronaldo signed for Juventus who will play United in the Champions League group stage.