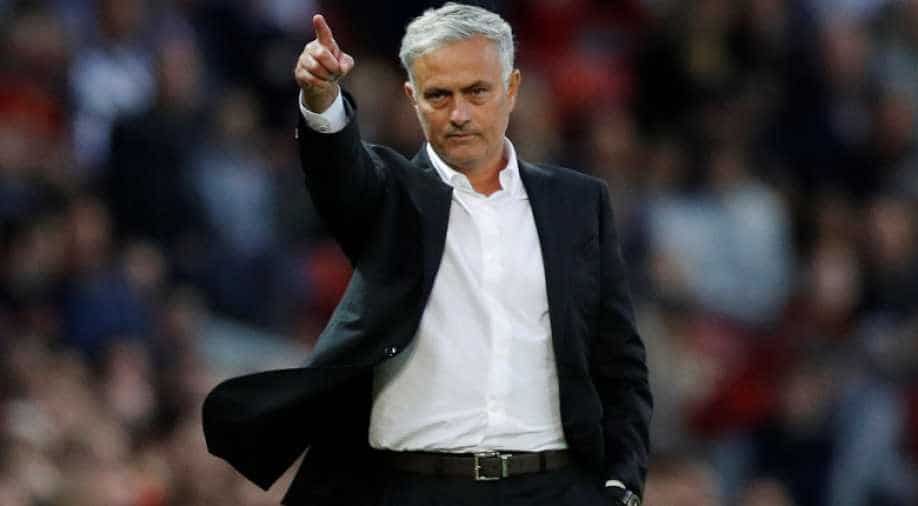 Manchester United manager Jose Mourinho walked out of the press conference demanding "respect" after his team was thrashed by Tottenham Hotspur in United's home ground.

"We lost against Sevilla (last season in the Champions League last 16) and we were booed because we deserved it. Today the players left the pitch after losing at home and they were applauded because they deserved it, so we keep trying, trying, trying," Mourinho said.

Tottenham Hotspur overpowered United 3-0 meaning Mourinho's men have lost two out three games in the Premiership already and are staring at a long, hard season ahead. Goals from  Jones in the 50th minute and Moura two minutes later pushed United back with the final nail being hammered also by Moura who went past Chris Smalling to drill it past goalkeeper David De Gea.

"We worked all week and from the tactical point of view we didn't lose, but we lost the game," said Mourinho who went on the attack against the media.

"I don't think it's normal to lose a game at home and the supporters to react the way they did."

Meanwhile, an elated Tottenham coach Pochettino applauded his players observing that the clean sheet was a "bonus"

"It is a massive victory for us and I am very proud of the performance. It is difficult to beat Manchester United at Old Trafford. They were better in the first half but we dominated from then on and the clean sheet was a bonus," said the Argentine.

"It is only the start of the season and we need to be consistent. We need to be realistic but want to keep pushing and building our fitness. A lot of our players have only had three weeks training but we want to build something special."