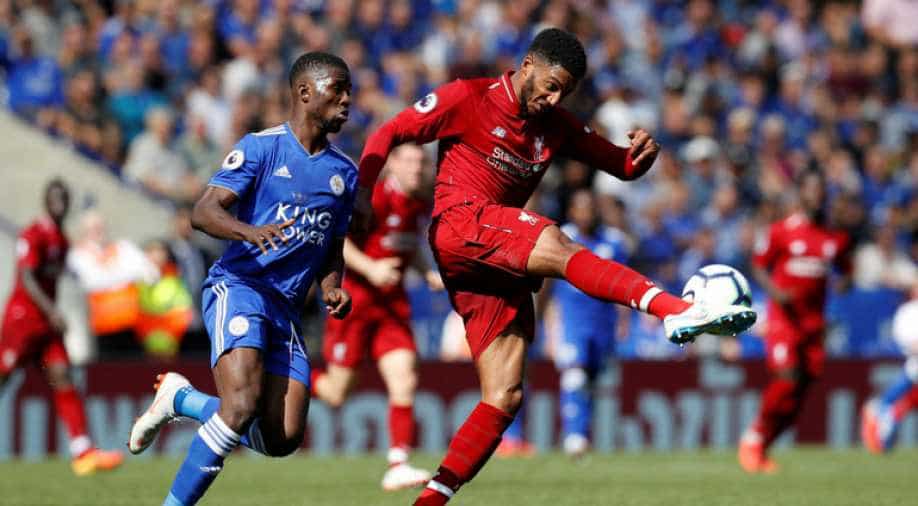 Liverpool beat Leicester City 2-1 to post a fourth successive Premier League victory but conceded their first goal of the season after a nightmare mistake by new keeper Alisson at the King Power Stadium on Saturday.

With Liverpool two goals up and cruising, the Brazilian opted for clever footwork instead of simply clearing his lines and was robbed of the ball by Kelechi Iheanacho, who centred for Algerian Rachid Ghezzal.

Last week Alisson was praised for a piece of neat footwork against Brighton but this unnecessary mistake, prompted by a poor backpass from Virgil van Dyke, brought back instant memories of Loris Karius's errors in the Champions League final.

Both Liverpool goals came before the break with Sadio Mane bagging his fourth goal of the season after good work from Andrew Robertson, and Roberto Firmino heading home from a James Milner corner on the halftime whistle.

The visitors started the second half sloppily, though, and, with Leicester threatening to grab another goal, a concerned Juergen Klopp even brought on Xherdan Shaqiri for last season's record scorer Mo Salah, who had missed one easy first-half chance but looked surprised to be taken off.

Despite their defeat, Leicester impressed and had more possession and shots on target than Liverpool. James Maddison was always a handful and the home side were unfortunate to end the game without a point as Liverpool go into the international break on the back of their best start to a season since 1990.

"There's a long way to go," said Liverpool's James Milner, whose side are top of the table ahead of Saturday's later kickoffs. "It wasn't a good performance from us but sometimes you have to win ugly and we did that today.

"I don't think anyone has hit their top gear yet."

Leicester's Maddison said they were extremely disappointed because "we had Liverpool where we wanted them".