EPL: Emery off the mark as Arsenal beat West Ham 3-1 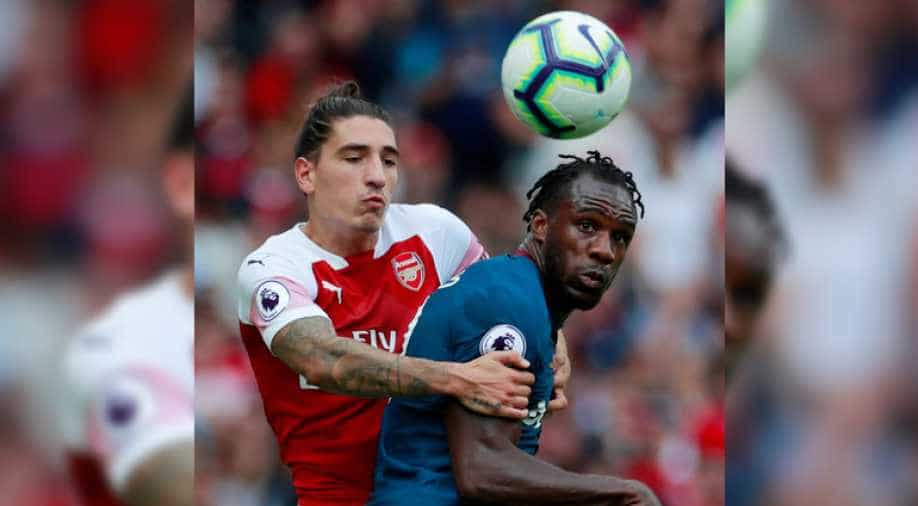 Arsenal&nbspcelebrated their first Premier League win of the season under new manager Unai Emery after coming from behind to beat London rivals West Ham United 3-1 in an action-packed match on Saturday.

A Nacho Monreal strike, Issa Diop's own goal and Danny Welbeck's stoppage-time effort enabled the Gunners to bounce back from their opening two defeats after Marko Arnautovic had fired West Ham into a 25th-minute lead.

It was the third successive defeat for the Hammers and their new manager Manuel Pellegrini, whose side made a promising start at the Emirates stadium when Austria striker Arnautovic rifled in a fine low shot from 20 metres.

West Ham's defensive weaknesses, however, continued to haunt them as Monreal equalised with a fierce shot from eight metres past two defenders on the line after goalkeeper Lukasz Fabianski had parried Hector Bellerin's cross into the defender's path.

Fabianski and his&nbspArsenal&nbspcounterpart made a series of good saves before more slack defending by the visitors allowed&nbspArsenal&nbspto turn the match on its head, with Issa Diop committing a costly double error.

The centre-back's poorly lofted clearance rebounded to halftime substitute Alexandre Lacazette and his vicious cut-back from a tight angle cannoned off Diop, past Fabianski.

Welbeck, a late substitute for Pierre-Emerick Aubameyang, sealed&nbspArsenal's win in stoppage time after Bellerin's fine run and cross gave him time and space to score from close range.

Spaniard Emery, who took over at&nbspArsenal&nbspin the summer from long-serving manager Arsene Wenger after a two-year stint at French champions Paris Saint-Germain, was happy with the outcome but acknowledged there was plenty of room for improvement.

"Today I saw good things, but also things (to) improve -- more transition. For the second half, we were speaking in the dressing room (of the need) to help more inside with two midfielders.

"We need the balance. In the first half, we suffered more than we want."