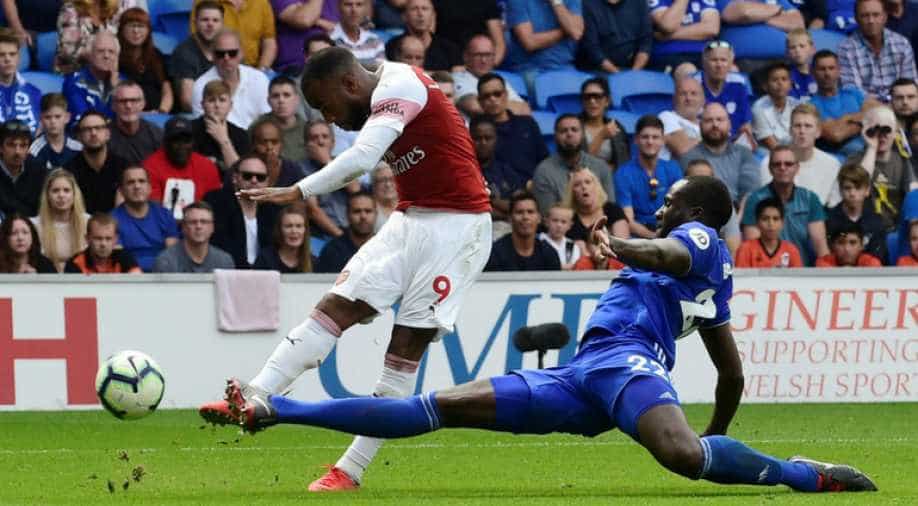 Cardiff City scored their first league goals of the season but Arsenal took the points as Alexandre Lacazette struck a superb late winner to secure a 3-2 victory in a Premier League thriller in south Wales on Sunday.

Harry Arter wasted a glorious chance to give Cardiff the lead in the opening minutes following a dreadful mistake by keeper Petr Cech and shortly afterwards Arsenal went ahead when Shkodran Mustafi powered home a header from a corner.

Victor Camarasa sparked joyous scenes when he hammered home for the hosts just before the break after getting the better of Nacho Monreal.

Arsenal restored their lead just past the hour mark when Mesut Ozil and Lacazette combined well to tee up Pierre-Emerick Aubameyang to curl home from 20 yards but once again Cardiff responded with Danny Ward heading past Cech.

Lacazette sealed victory for Arsenal in the 81st minute when he was allowed to turn in the box by Sol Bamba before firing into the top corner from a tight angle.