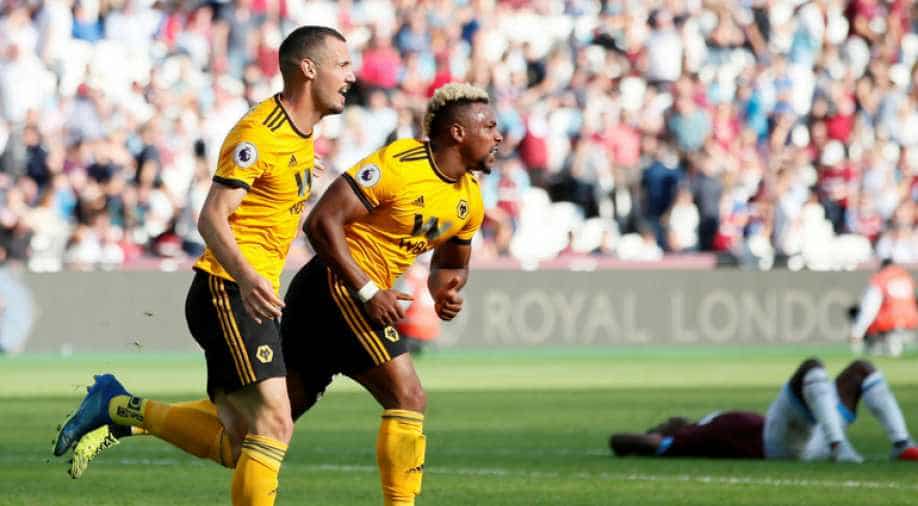 Substitute Adama Traore struck the winner in stoppage time for Wolverhampton Wanderers as they beat bottom team West Ham United 1-0 in their Premier League clash at the London Stadium on Saturday to pile the pressure on Manuel Pellegrini's side.

After a turgid first half, both teams burst into life in the second period and West Ham's Lukasz Fabianski and Wolves goalkeeper Rui Patricio had to pull off a string of fine saves between them to keep the game scoreless, including one stop Patricio made with his face to deny Marko Arnautovic.

Striker Raul Jimenez had a glorious chance to put Wolves ahead but he failed to connect with Matt Doherty's low cross with the goal at his mercy, and the game looked like finishing scoreless until Ruben Neves won the ball back high up the pitch in stoppage time.

The ball was worked on to Traore, who gleefully smashed it into the bottom corner to give Wolves their first Premier League win of the campaign, while West Ham, whose fans booed and whistled loudly at the final whistle, have now lost four in a row.