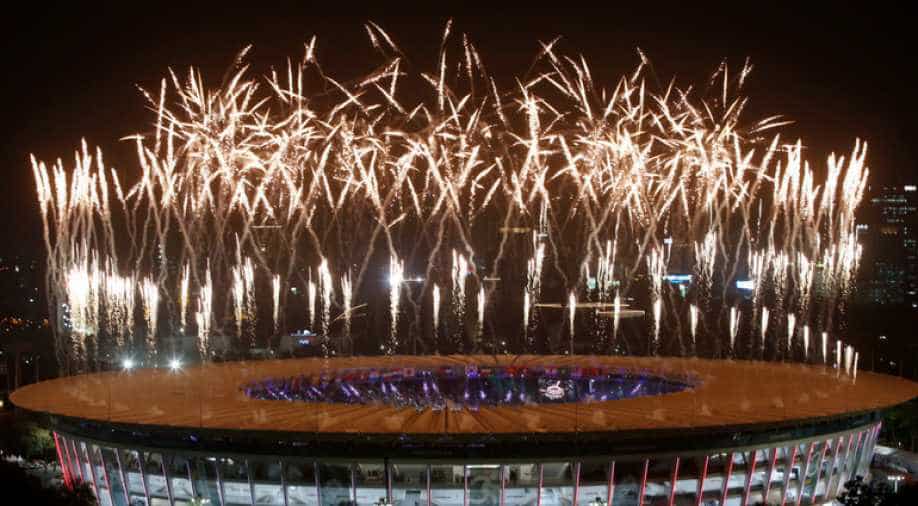 At the time of opening ceremony, Widodo promised that the upcoming days will be full of breathless sporting action featuring the best of the continent's athletes.

The 18th Asian Games, also known as Jakarta Palembang 2018, is a pan-Asian multi-sport event in which 45 nations are participating.

Welcomed by the dancers started to walk into the arena in front of a grandiose stage designed to resemble a mountain.

Each contingent was led by a representative that wore a bird-shaped costume designed by Dynand Fariz, who is famous for his creations from the Jember Fashion Carnaval, an annual parade.

Thousands of athletes will compete in 40 sports and 67 disciplines, including new additions such as bridge, jet skiing and roller skating in the biggest multi-sport extravaganza outside the Olympics.

The event is scheduled to be held from August 18 to September 2 in the Indonesian cities of Jakarta and Palembang.

Also, for the first time, eSports and canoe polo will be contested as demonstration sports.

It is expected that eSports will be a medal event at the 2022 Asian Games.

The 2018 Asian Games, whose motto is Energy of Asia which is also the official music for the tournament, will conclude on September 2, 2018.